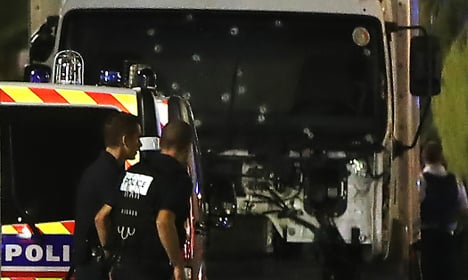 The attacker, they said, had sent a text message to someone saying, “Bring more weapons.” Photo: AFP

Sources close to the investigation also said the attacker, 31-year-old Mohamed Lahouaiej Bouhlel, had sent a text message seeking more weapons and had visited the scene of the attack days before the carnage.

A total of seven people have been arrested in connection with the attack, including Bouhlel’s wife, though she was released from custody on Sunday morning, according to local media.

Twelve victims have not been identified, said France’s Minister of Health, Marisol Touraine, speaking to reporters on Sunday.

A 6-month-old child was among 18 people still in critical condition in the hospital.

The number of wounded also rose to 256, according to the French prosecutor’s office, with 85 still hospitalized.

Meanwhile, new information from French authorities suggests Bouhlel might have had accomplices.

The attacker, they said, had sent a text message to someone saying, “Bring more weapons.”

The message was sent roughly thirty minutes before the attack on the Promenade Des Anglais, where tens of thousands were gathered to watch a Bastille Day fireworks display.

The phone was found inside Bouhlel’s rented 19-ton refrigerator truck after he mowed down people for more than a mile and was subsequently killed in a shootout.