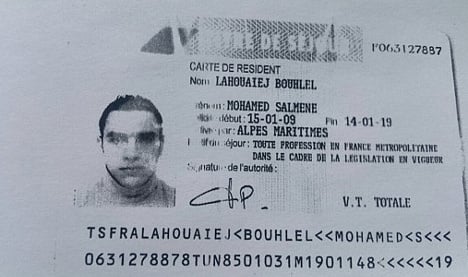 He said that Thursday's massacre, when a lorry ploughed through families at a Bastille Day celebration in the Riviera city, was “a new type of attack” which “showed the extreme difficulty of the fight against terrorism”.

He also confirmed that 31-year-old Tunisian-born Mohamed Lahouaiej-Bouhlel “had not been known to the intelligence services because he did not stand out… by being linked with radical Islamic ideology”.

Cazeneuve said that the father-of-three “seemed to have been radicalised very quickly from what his friends and family” have told police.

“We are now confronted with individuals open to Isis's message to engage in extremely violent actions without necessarily having been trained or having the weapons to carry out a mass (casualty) attack.”

As the minister gave the first insights into the investigation, French President Francois Hollande called for national unity after a meeting of top security advisors and ministers at the Elysee Palace.

Via his spokesman, Hollande said that in the face of “these attempts to divide the country… we should remember the unity and cohesion of the country around our values.”