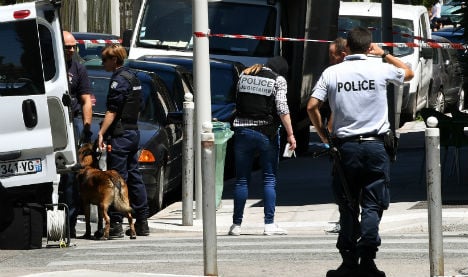 It may be too early to draw conclusions from the Nice truck attack, but while we do not yet know the motive or whether any terrorist group was behind the barbaric act, it clearly shows the threat France is facing.

The rampaging truck driver, believed to be 31-year-old Franco-Tunisian national Mohamed Lahouaiej-Bouhlel, killed 84 people celebrating Bastille Day, but unlike in Paris in November he was armed not with Kalashnikovs and suicide bomb vests but a truck.

He may yet prove to be part of a similar terrorist network that carried out the Paris and Brussels attacks, but early reports point more to him having acted of his own accord, perhaps in the name of Isis rather than for Isis.

On Friday specialist anti-terror prosecutor François Molins said that even if the attack had not been claimed by any terrorist organisation as of yet, it “corresponded to the permanent calls for murder issued by terrorist groups”.

The fact he was only known to police for a long criminal record rather than a history of Jihadism, meant it would in the words of police union leaders, “almost have been impossible to stop him”.

Some experts have suggested he may have hid his extremist tendencies from police, so as not to avoid detection.

He is not the first individual to have turned from crime to jihadism, but French intelligence services hardly have the resources or the right to place all the country's criminals under close watch.

Counter-terrorism services are already stretched enough that they are unable to keep tabs on even those with a history of jihadism, let alone prevent them from launching an attack as a recent cold-blooded murder near Paris showed.

The truck rampage in Nice came a month after the gruesome murders of a policeman and his wife in a small tranquil town near Paris, by a man known for his jihadist links.

The policeman was stabbed nine times in the stomach in two separate struggles, before his attacker Larossi Abballa, 25, (see photo) took the knife to the man’s wife, slitting her throat, possibly in front of their three-year-old boy, who survived.

While there may only have been two victims, compared to 130 in Paris in November and at least 84 in Nice the attack, which was claimed by Isis, will also have been of deep concern to French intelligence and counter-terrorism services. Abballa had been convicted in the past for his role in jihadist groups and had been under surveillance recently for his links to a jihadist network sending individuals to Syria.

But neither the wiretaps nor his previous convictions gave any clue as to what he would do.

His double murder was just the latest in a long line of jihadist attacks on the forces of law and order in France.

Abballa did not appear to have acted as part of a large network of jihadists, of the type that orchestrated and carried out the devastating Paris and Brussels attacks.

But as Cazeneuve explained there are other deadly terrorist threats France must face as became horrifically clear in Nice on Thursday night.

Besides “the commando groups that come from elsewhere and those who leave [to go to the Middle East] and return to Western countries with a sole intention to kill, there is a third type of risk: that of those who decide to carry out an act after receiving a number of messages from terrorist groups over the internet,” explained the minister.

“These individuals can act at any moment without necessarily being known to intelligence services and even when our interceptions and surveillance measures don’t necessarily reveal they are about to act imminently,” the minister added. “Nor is there often evidence that allows us to imprison these individuals.”

While Cazeneuve was describing the range of the terror threat he was also essentially explaining why Abballa had managed to slip through their fingers. In other words, despite France being under a state of emergency, which has seen hundreds of raids on homes and scores of suspects placed under house arrest and even after all the surveillance of Abballa and his criminal history, authorities were powerless to stop him picking two targets at random at murdering them in cold blood.

Quite simply, if an individual suddenly responds to a call from Isis propaganda, then there is seemingly little police can do.

“Today we are seeing the return of targeted attacks… by individuals who have pledged allegiance to IS and act as outside agents,” said terrorism expert Mathieu Guidere.

In the past in France there have been similar cases of individuals acting on instructions or a call from Isis, notably the failed attack on the Amsterdam to Paris train and the botched attempt to kill churchgoers in the suburb of Villejuif to the south of Paris.

On both occasions lives were spared by the jihadist either bungling the attack or because of the bravery of members of the public, albeit the botched church attack in Villejuif did leave one often forgotten victim.

But unfortunately there will undoubtedly be more individuals who will choose to serve as “active external forces” for Isis.

Mohamed Lahouaiej-Bouhlel may turn out to be one of these individuals. Or he may just have acted of his own accord. Either way it presents a huge concern to France and to its fearful public.

The question the country faces is how best to deal with them. Some right-wing politicians have suggested anyone who is a concern to authorities should be rounded up.

The government won’t sanction that but it may be forced take other draconian measures, which could end up proving counter productive in the fight against terrorism, by pushing more individuals towards extremism.