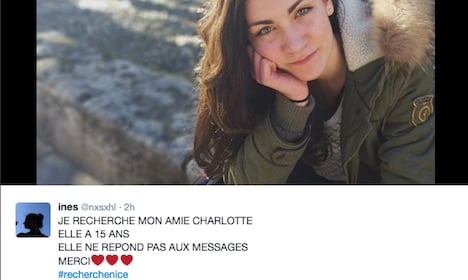 Uniting under hashtags such as #RechercheNice (#SearchNice) and #NiceFindPeople, relatives and friends have been posting photos and personal details such as age, height, and contact information in case anyone sees their loved one.

“No news from my friend, can you help me find him, he was at the fireworks show in Nice…” reads another.

Several Twitter accounts, including @NiceFindPeople and @nice6recherches, have been created to help distribute these posts.

Another hashtag, #PortesOuvertesNice, allows Nice residents to connect with those who need temporary shelter.

As many as 84 people have been killed in the French Riviera city after a truck rammed into a crowd after the annual July 14th celebrations, in what is being treated as a terrorist attack.

The driver, who unconfirmed reports say was a French Tunisian national, was killed by police.

Pictures posted online, many of which are too distressing to publish, showed bodies lying on the road, some victims were being tended to by paramedics.