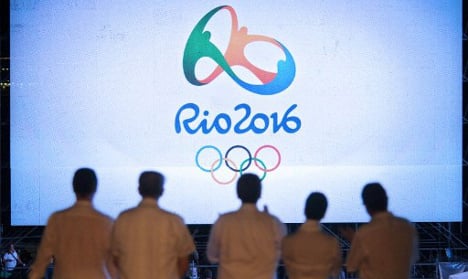 The plans were revealed by General Christophe Gomart, head of the Directorate of Military Intelligence (DRM), at a parliamentary commission in May investigating the November attacks in Paris which left 147 people dead.

In a section of the report, made public this week, Gomart told the commission that he had been informed of the plot – planned  by a Brazilian national – “by our partners”.

No other details on the claims were made available by the French authorities.

Brazil's institutional security cabinet, which co-ordinates the information services in the country, told AFP they had received no information from the French authorities.

“We were not the source of information and the Brazilian intelligence agency (ABIN) was not officially informed either of this matter,” a spokesman told AFP.

In early July, the Brazilian Minister of Justice, Alexandre Moraes, said a jihadist attack in Rio de Janeiro during the Olympics was a “possibility” but “not a probability”.

Some 85,000 members of the security forces – 47,000 policemen and 38,000 soldiers – will be mobilized to ensure the safety of 10,500 athletes as well as officials, journalists and tourists from around the world expected for the Games which run from August 5th-21st.