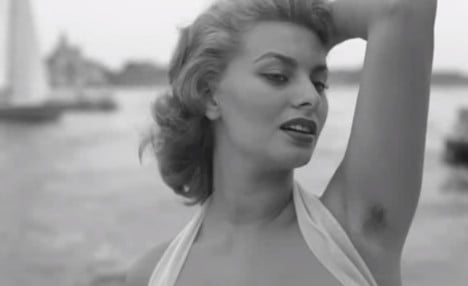 The hashtag #LesPrincessesOntDesPoils (Princesses have hair) was the top trending topic on French Twitter with over 25,000 mentions as a furore erupted over whether women should remove body hair or go au naturel.

The hashtag was launched by 16-year-old Adele Labo, who told AFP she had “suffered enormously” from mocking and teasing at school when she refused to shave.

“I think society stigmatises women, there is massive social pressure over body hair,” she said.

From the middle ages when Queen Elizabeth I removed her eyebrows to modern debates over stars like Madonna seen with a bit of arm hair, female body fuzz has long been a contentious topic.

Labo, who already has a blog with pictures of her natural hair, invited others to post images of theirs. Which many did.

While many praised her initiative, she was also the target of insults from both men and women who declared the pictures “disgusting” and those who posted them “feminazis”.

The teenager said she does not think all women should steer clear of razors and wax, but they should merely be allowed to freely choose how to treat their bodies.

Body hair removal dates as far back as ancient Greece and Egypt, but really took off in the 20th century when Gillette sold the first razor for women in 1915, declaring body hair “unsightly”.

From feminism in the 1960s and 70s making it fashionable in some circles to leave the body as it is, to the growth of pornography popularising pubic hair removal, it has been a hairy ride for female grooming.