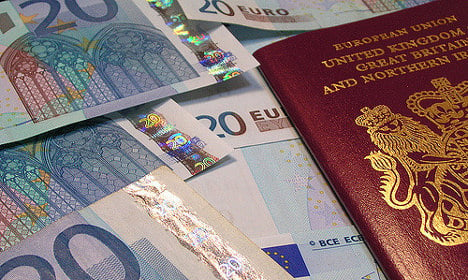 Photo: Christopher Elison/Flickr
This week saw the launch of a new webpage specifically designed to keep expat British nationals informed about changes that Brexit might bring.
But with no idea yet when and what form the UK’s withdrawal from the European Union will take, the website offers a simple message: Keep calm and wait and see.
“The negotiations to leave the EU may take up to two years or more,” the website states.
“The government has made clear that we want the legal rights of British nationals living in European countries, as well as EU nationals in the UK, to be properly protected.
“In the interim there will be no immediate changes. During the period of the negotiations, the UK remains a full member, entitled to all the benefits and obligations of membership of the EU.” The webpage includes information on passports, pensions, healthcare, and also has a link to some general information on applying for dual citizenship.
The message is clear: whatever is on the cards for the next few months and years, just remember that right now nothing has changed.
Up to 300,000 Brits live in France, according to estimates, many of whom have expressed fears over what Brexit could mean for their future.
British expats in France looking for a more interactive group can check out the Remain in France Together (Rift) Facebook page, which has over 3,000 members.
The group was originally a means for Brits in France to “let off steam”, but within 48 hours of its creation it sparked “a clear demand for action”, the group founder told The Local.
How Brexit might affect you in France and how to react TRAVEL NEWS
Fears of ‘massive disruption’ of travel between France and UK in 2023
Url copied to clipboard!