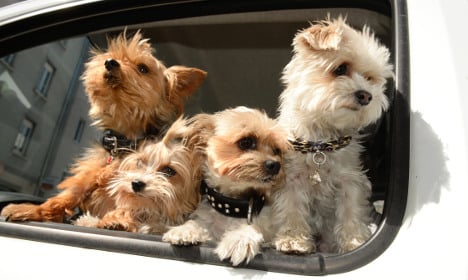 In 2015 the little mutts earned the miserable title of the “most lost dog” in a year when a pooch went missing every 20 minutes in the country. For cats it was even worse with one going missing every 16 minutes.

In all some 58,000 cats, dogs and ferrets were lost by their owners throughout the year.

Unsurprisingly perhaps it was the Ile-de-France region around Paris where most pets were reported missing.

And neither will it be a shock to learn that it's during the summer when most pets go missing, with nearly 4,500 lost each month in July and August. Although the summer months also see a spike in abandoned pets too.

The only positive not is that some 15, 500 animals were found safe and sound in the same year.

Most of the found pets turn up in the pound.

The organisation I-cad which crunched the numbers for lost pets urged owners to use their website or smartphone app which enables owners to put up notices when they lose their pets and hopefully communicate with the people who find them.

Some 10 million dogs and 5.8 cats are already registered on the site. CLICK HERE for more information.

Another alternative is to have an electronic chip fitted at the vet.

Some pets just need a little bit of luck and knowledge of the Paris Metro system to get back into the safe hands of their owners.

In February a Parisian dog owner says her pet pooch is a “miracle” mutt after he was returned to her following an adventure on the Metro and the RER network.

PARTNER CONTENT
Why house sitting could be the perfect way for pet lovers to travel
Url copied to clipboard!