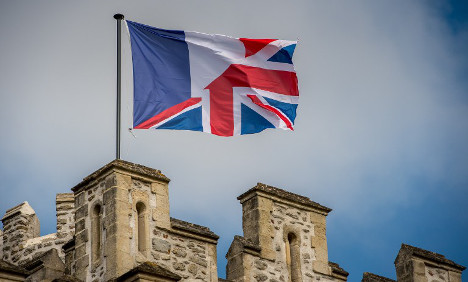 Photo: AFP
“You don't get out of a hole you've put yourself in by making announcements of this nature — “in or out of the Union, everyone must behave in a friendly fashion,” said Sapin in allusion to British attempts to reform tax policy and prevent a business exodus as it looks to exit the bloc.
Sapin's British counterpart George Osborne said last week he would target a competitive boost by cutting corporation tax from 20 percent to below 15 percent, which would be the lowest rate for any major economy and less than half the French rate.
But even as Osborne was Monday holding talks with Wall Street investors, kicking-off a series of visits to leading international financial centres to build post-Brexit economic ties, Sapin was urging Britain to stay onside amid the post-Brexit uncertainty.
Osborne's plan to slash corporation tax — it stood at 28 percent in 2010 — has fuelled allegations of tax dumping from EU partners.
German Finance Minister Wolfgang Schaeuble said last week he opposes a competitive tax cuts and warned of the threat of a fiscal “race to the bottom.”
Sapin said that he was “by no means convinced that is it a good thing for Britain to respond to a difficulty of credibility, of financial attractiveness, with fiscal measures.”
He indicated he favoured “convergence” in eurozone rates towards 28 percent.