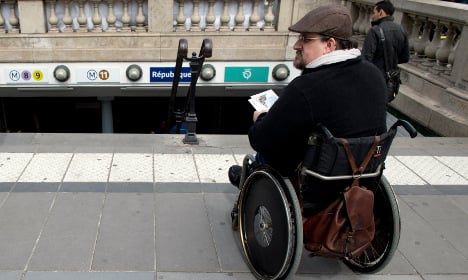 Compared to London, where one in four Underground stations have step-free access, Paris lags far behind in efforts to accommodate people with reduced mobility. Photo: AFP

Despite being one of the world’s top tourist destinations, the French capital is a veritable obstacle course for people in wheelchairs — tourists and residents alike.

Compared to London, where one in four Underground stations have step-free access, Paris lags far behind in efforts to accommodate people with reduced mobility.

“Some people just abandon the idea of going out,” said the 43-year-old Birambeau, who suffers from muscular dystrophy.

Tucked away on a side street in eastern Paris are the offices of J’Accede, Birambeau’s startup that helps people locate accessible sites and businesses in and around the capital.

“When I was six, we knew something was wrong with me. At age 10, I was in a wheelchair,” said Birambeau, whose spacious ground-floor office doubles as his home.

Of the city’s 16 Metro lines, only line 14 — the newest one, opened in 1998 — is completely accessible with lifts and step-free access for wheelchair-bound people.

The city’s transport authority RATP says that while stairs make most Metro stations off limits to the disabled, the situation is better with buses and commuter trains.

“All of the buses in Paris are accessible, meaning 70 percent of their stops are accessible for people in a wheelchair,” Marie Christine Raoult, RATP’s accessibility specialist, told AFP.

Many businesses are not adapted for wheelchair users in a city where steps abound, notably at entrances, and Paris’s many old historic buildings pose daunting architectural challenges to efforts to render them accessible.

Birambeau’s own family was forced to move to an apartment building with a lift when he was a child. And the accessibility issue prevented him from attending the same school as his brother.

“I was the only one in a wheelchair,” he said. “At the time, people weren’t used to handicapped people. We were invisible in a way.”

Since the 1970s, people like Birambeau have become more “visible” and the government has taken note.

In February 2005, it passed a law guaranteeing rights for the disabled, who today make up nearly one-fifth of France’s 65 million residents.

The new legislation was hailed as a turning point, notably for the two to three percent disabled who are wheelchair-bound — about 400,000 people.

And while the situation has improved — with specially adapted public toilets, handicapped parking places and an official, multilingual website listing parks, theatres, cinemas, stores, swimming pools and other accessible city facilities — progress has been slow.

Firms were given 10 years — until 2015 — to submit their accessibility plans, he said, and then another three years to implement them, installing ramps and other physical adaptations.

Yet still, “nine out of 10 shops are not accessible,” said Charlotte de Vilmorin, founder of Wheeliz, a Paris-based organisation that helps people find adapted vehicles around France.

“Paris is one of the most difficult places to live in a wheelchair,” said the 26-year-old, who has been in one all her life.

While many want to make their shops more accessible, she said, the stringent requirements for access ramps, handle bars and other details are not easy to meet during an economic slump.

Both Vilmorin and Birambeau are clearly filling a niche as their businesses thrive.

“It’s a universal need — to be able to go wherever you want,” Vilmorin said. 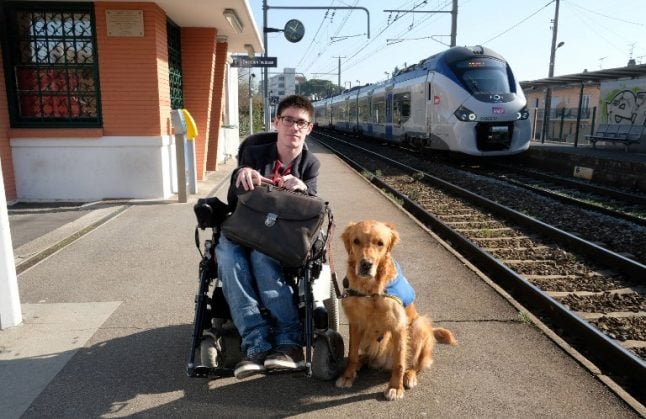 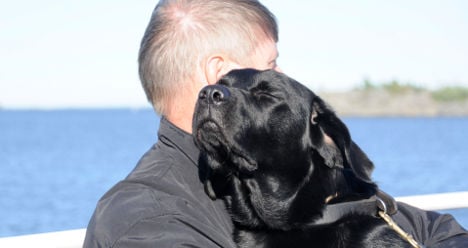