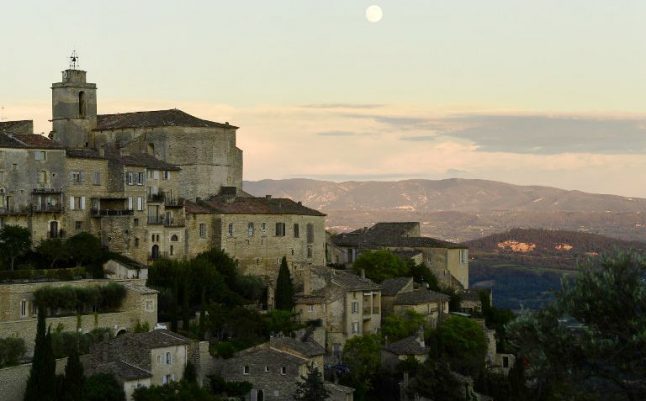 The beautiful village of Gordes in southern France. Photo: AFP

Believe it or not the EU referendum vote hasn’t just affected the lives of David Cameron, Boris Johnson and Nigel Farage.

The vote to leave the EU, which still two weeks on is hard to digest for many expats in France, has already had a major impact on tens of thousands of ordinary Britons and the UK hasn’t even left the EU yet.

The falling pound and the uncertainty over what rights expats will have in the future has forced many Brits already in France to take decisions that affect their future.

But the 51.9 percent of voters who wanted out of the EU have also forced the hundreds if not thousands who plan to move to across La Manche each year to reconsider.

With the pound having fallen fairly dramatically in just two weeks (currently stands at €1.17) and with the future legal rights of Britons living in the EU basically up in the air, those making the move would be forgiven for tearing up their dreams and having a rethink.

But for many the fantasy of living in France is just too great.

One of them is Jane Clark, who has recently moved to Finistere in western France after buying a house. “We've invested twenty years of dreaming and saving into this. For the next nine years, it'll be our holiday home and then our retirement home,” she said.

“We are going to plough on regardless as I'm not giving up on that dream. We've dreamed of this, worked hard for it and love France.

“We've been planning it for years and I won't let this [Brexit referendum] spoil things,” Clark said.

She was however, lucky enough to be able to buy the house when the pound was worth €1.38.

As for the issues of whether Brits will be able to stay in France, Clark said: “In my village there is an Australian and an Amaerican and they have the right to stay. They just apply each year.

“They don't have the right to health cover by they manage.”

Another is Paul Broom who only this week made the move to Charente in south western France.

“We were into the process of moving when the referendum was announced. We bought our house last year and the final move was on Friday,” he said.

“As expected the currency has affected us, directly and indirectly, health care etc is uncertain. But at the moment amongst all the unpacking of boxes, looking at the view and going for a swim in our pool; it still feels absolutely the right decision.”

But while many Britons are still intent on making the move, some have had to change their plans due to the falling pound.

George White was planning to sell up and buy a place in Bédoin, in southern France near Avignon, where he already owns a little holiday home

But the steep fall in the pound, which some analysts believe will keep dropping until it reaches parity with the euro, means his plans are on hold.

“We were planning to sell our main house here in the UK. The comparative values meant that in the Vaucluse area, we should have been able to get a nice big place.

“We are unwilling to go ahead with that now because we won't be able to get the same value from our UK house.

“The market has gone south and the pounds won't buy as many euros. It's all chaotic and scary.” White will still move to France though, but instead of selling up and buying a house, they may have rent out the UK home and live in their holiday home.

“We still want to move to France. The chaos will last so long, we might even have time to stay the five years to get residency. It's all in limbo because of this craziness,” he said.

But while many refuse to be put off by the limbo and others are taking advantage of the it to move before anything is decided, there’s no doubt many Britons will have been put off.

Pat Reid, who is looking to sell her house in France said a newly retired British couple who were potential buyers, pulled out the day after the referendum.

“They are devastated but it's the pensions and healthcare issues that have caused them to 'pause' indefinitely until something positive is declared,” Reid said.

Estate agents in France say they expect to have a tough time given the falling pound and the uncertainty over the rights of British nationals in the EU, which the likely next PM Theresa May, has been ambiguous about fighting to guarantee.

But thankfully for them, not even Brexit or the likelihood of it, looks like ending the love affair many Britons have with France. And besides they say that despite the currency fluctuations there are still a lot of great bargains in France.

Cate Carnduff from Herman de Graaf estate agents added: “The pound is always going up and down and around. We nearly had parity a few years ago and we didn't go out of business. At the end of the day people want to come to France.”

If you have had to postpone your move to France we'd like to hear from you. Email [email protected]