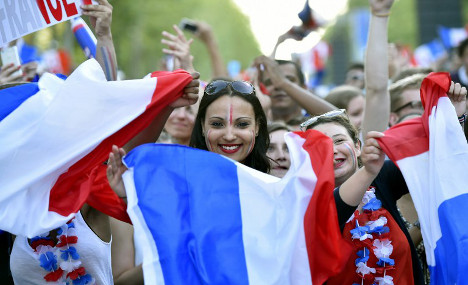 For most countries Euro 2016 is over but for France it feels like it is finally about to get underway on Thursday – even if there are only two games left.

Les Bleus face old foes Germany in Marseille in the semi-final of a tournament which, for the home team at least, still feels as if it hasn’t really got going.

Obviously it’s not the same for the underdog teams like Iceland and Wales whose heroics will live long in the memory, but for France, even after playing five games, it feels like those memories are yet to be made.

That’s basically because Les Bleus have eased their way through to the semi-finals without playing a heavyweight team (no disrespect to the Irish of course).

But wins over Romania and Albania, a draw with Switzerland, before a win over Ireland albeit after an almighty scare, then a crushing victory over minnows Iceland are, if we’re honest, not reason enough to stop the traffic on the Champs Elysées.

There’s no doubt that part of the reason for the lack of buzz up until this week was that the build up to the tournament was dominated by strikes, social strife, floods and most notably the threat from terrorism.

It has taken a while for the French to relax and enjoy the tournament, but the fear is never far away. You just have to witness the panic at the fanzone last Saturday night, where people spoke of fearing for their lives.

With only two games left the French cannot only dare to dream of victory, but also of getting through a tournament that has seen unprecedented security levels, unscathed.

And the locals appear in the mood to let off some positive steam at last. They just need an excuse.

While the home fans in the stadiums and the fanzones have been raucous enough (see video below), we are far from the outpouring of emotion that greet the French on the journey to World Cup triumph in 1998, then victory in the European Championships two years later.

Despite being on home soil and despite being one game from the final it feels like the fans of foreign teams have been having all the fun and the French are still waiting for the big result to get their own party started.

That result could of course come tonight.

This week has been dominated by the build up to Thursday's match in Marseille. The one question everyone is asking is “Where are you watching the match?”

The press coverage of the game has almost been saturated, apart from the odd article about Europe.

One news site’s top story for much of Thursday afternoon was basically “How to get through the afternoon while waiting for the game”.

Other articles talked of the famous 1982 World Cup grudge match between the teams when German goalkeeper Harold Schumacher did this (see video below) to Frenchman Patrick Battiston. Others list all the reasons why the French can hope for a win.

Beating the Germans, a team the French have not managed a win against in the finals of a competition since 1958, would certainly get France jumping.