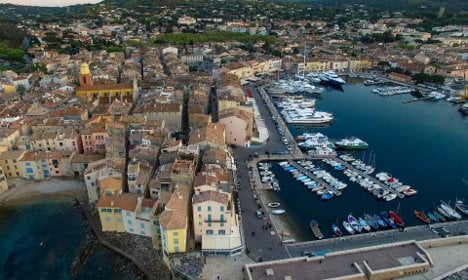 Uber is opening its service in the resort of St Tropez. Photo: Cucombre Libre

As the inhabitants of France’s big cities head to the beaches this summer, Uber will be there waiting for them with the ride-booking company having rolled out its service in seven holiday resorts around France for the summer season.

The company, whose bosses in France were fined several thousands of euros earlier this year, has launched its ride-booking app in St Tropez and Toulon on the French Riviera as well as nearby Avignon and Aix-en-Provence, which are popular with tourists in the summer season.

Uber will also launch its app in the Bassin d’Arcachon on the south west coast and the beach resort of La Baule in Brittany.

Holidaymakers in the chic Normandy resort of Deauville will also be able to order an Uber cab to get home from the seaside Casino late at night or from some of the town's nightclubs.

New users can benefit from €15 worth of reductions if they type in the code “Uberplage2016” when making a booking.

Of course there is a danger that the arrival of Uber will spark the usual anger and protests among the local taxi drivers.

Taxi firms in Paris and other French cities have long railed against the US firm for unfairly undercutting prices and ruining their livelihoods.

“Uber is coming here to smash the prices and then will just leave. It’s unacceptable,” one taxi driver in St Tropez told Le Parisien newspaper.

The firms insists it will only remain in the holiday resorts as long as the tourists are there, meaning at the end of the season taxi firms can have the towns to themselves again.

However many suspect that’s just a ploy to appease the taxi firms and Uber will stay around in the likes of St Tropez well after the rentrée.