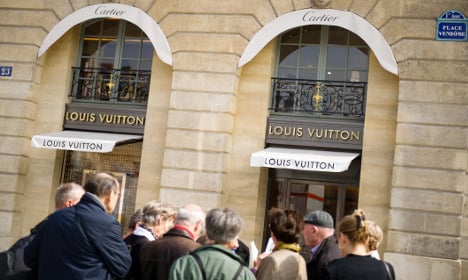 The Louis Vuitton store in the affluent Place Vendome in Paris. Photo: AFP
Challenges has released its 21st annual rich list in it's Thursday edition of the magazine, a ranking of the top 500 richest people in France.
It noted that the there were 54 women on the list (so slightly over ten percent), which is a far cry more than the percentage of women running large companies in France (at 5 percent).
The magazine's website revealed the top ten on the list on Wednesday, noting that a full 50 new faces were on this year's ranking.
While we're not going to list all 500 here (you can check out their site for more details), we've compiled the top ten with some helpful explainers about who they are and how the came across their fortunes.
1: Liliane Bettencourt – €31.2 billion
The principal shareholders of cosmetics company L'Oréal, this 93-year-old is regularly topping lists as the richest woman in the world. Bettencourt took on the L'Oréal fortune when her father died in 1957, and took the company public six years later (while keeping a majority stake). Her twilight years have been tainted by mental health woes and a feud with her daughter as well as a major political scandal.
Read a whole lot more about Bettencourt here.

2: Bernard Arnault – €30.3 billion
Arnault is the CEO of the LVMH luxury group, and had topped the list by Challenges since 2009 until he was dethroned by Bettencourt. The drop can be explained by shares in LVMH dropping 12 percent in the last year.
3: Gérard Mulliez – €26 billion
Mulliez, aged 85, is the founder of the Auchan chain of department stores. The stores can be found in 15 countries around the world, and employ around 270,000 people. He opened his first department store in France at the age of 29 after a visit to the US (and after working his way up to chairman of his father's company beforehand).
4: Axel Dumas and Hermes family – €22.3 billion
There are actually 70 people who control this fortune, all descendants of Thierry Hermes, who started what is now Hermes, the high fashion luxury goods manufacturer that makes everything from leather to perfume and jewellery. Dumas himself, who is 46, is a sixth-generation of the family that founded the brand, and ran the jewellery and leather goods divisions before becoming the chief executive.
5: Serge Dassault and family – €20 billion
Dassault, aged 91, inherited his fortune from his family when he took over the Dassault group 30 years ago. The Dassault group, if you haven't heard of it, makes things like planes. It even owns Le Figaro. Largely thanks to the aviation section of the business (they bought 23 percent of the Airbus group), it grew €2.5 billion in the past year. Dassault. Photo: AFP
6: Alain and Gerard Wertheimer and their families – €16.5 billion
These brothers have the controlling interest in the clothing and luxury goods company House of Chanel. They're the grandsons of Pierre Wertheimer, who was striking business deals with Coco Chanel back in the mid 1920s.
7: François Pinault and family – €11.3 billion
Pinault, aged 79, is the main shareholder of the retail company Kering. Never heard of it? Kering is the French luxury goods holding company that owns brands like Balenciaga, Gucci, and Alexander McQueen. Pinault is also understood to own one of the largest contemporary art collections in the world.
8: Pierre Castel and family – €8 billion
Castel, aged 89, made his fortune through drinks, specifically through the Castel group beverages company that he founded. He has over a thousand hectares worth of vineyards in France to his name, not to mention a few castles.
9: Patrick Drahi – €7.5 billion
Drahi, aged 52, is the founder of telecom group Altice. He lost 56 percent of his fortune this year, but still managed to squeeze into the top ten.
10: Vincent Bolloré – €7.3 billion
Bolloré, aged 64, is the head of the Bolloré investment group. His fortune fell by a quarter this year, the magazine noted. Bolloré started his career in investment banking after earning a Master of Laws in Paris. 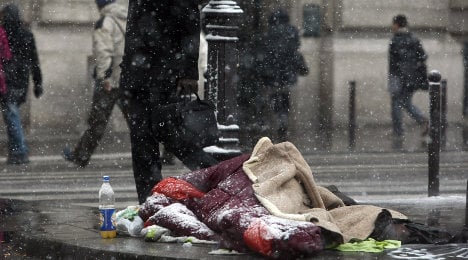 FRANCE
‘Unlike the US the French don’t blame the poor’ 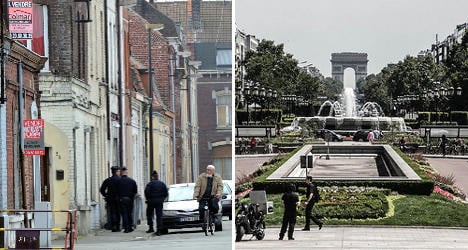 FRANCE
France’s growing poor: Where do they live?
Url copied to clipboard!