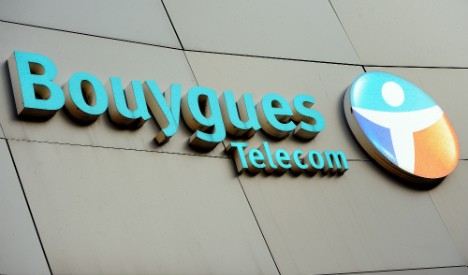 Photo: AFP
After a probe lasting seven years, prosecutors have asked an investigating judge to bring harassment charges against the company and its former chief executive Didier Lombard, the source told AFP.
Prosecutors want similar charges to be brought against the company's former number two, Louis-Pierre Wenes and its former human resources chief, Olivier Barberot.
Another four executives could be tried for complicity in the harassment, according to the requests, which were dated June 22.
Unions and management accept that 35 France Telecom employees took their lives between 2008 and 2009.
Lombard stepped down as a result of the deaths.
The investigation focused on 39 employees as “victims” — 19 who took their own lives, 12 who attempted suicide and eight who suffered from deep depression or who were forced to stop work as a result.
The company had been privatised in 2004, leading to major restructuring and job losses.
The deaths triggered questions about the way employees were managed and how the company dealt with stress.
Prosecutors say the company and the chief executive introduced a policy of unsettling employees in order to accelerate resignations.