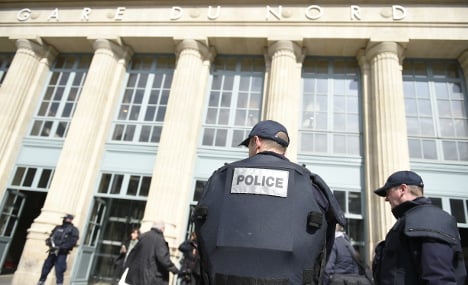 The stabbing occurred in the Gare du Nord area of Paris. Photo: AFP

According to reports in the French press the 25-year-old man was stabbed at around 11.30pm outside a brasserie on Boulevard de Magenta, in the 10th arrondissement of the city near the Gare du Nord rail station.

It was first thought the victim was an Iceland fan, but it later emerged the man, who was with his girlfriend, was actually an Englishman “who was supporting Iceland”.

One media report said he was “wearing the colours of both Iceland and France”.

He is believed to have been involved in a dispute with his attacker before being stabbed, what started the “verbal dispute” is not known.

The knifeman, whom Le Parisien newspaper said was “not a football supporter”, according to their police sources, was arrested at the scene of the attack by an off-duty police officer.

Two knives were found in a bin near the where the stabbing occurred.

The young fan was taken to the nearby hospital Pitié-Salpêtriere where he was operated on overnight.

His condition is described as serious but not life-threatening. 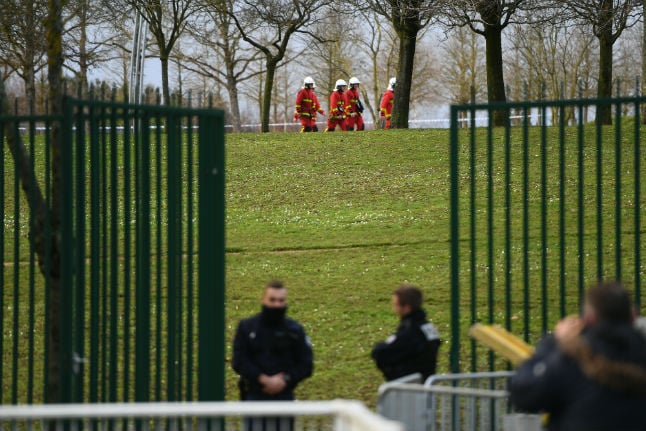 A police forensic team at the scene of the attack in Villejuif. Photo: Christophe Archambault/AFP
The man killed one person walking with his wife before being shot dead by police.
Police said the man, identified as 22-year-old Nathan C., attacked several people around lunchtime Friday in the suburb of Villejuif and they initially treated the incident as a criminal not terrorist incident.
But in a statement, the French national anti-terrorist investigation body (PNAT) said that while Nathan C. was known to have had psychiatric problems, worrying evidence had also emerged about his conversion to Islam and radicalisation.
“Investigations over the past few hours have allowed us to establish that he was certainly radicalised (and to show)… organised preparation for his move towards the act,” the statement said.
Additionally, they “showed a murderous path, thought out and chosen, of such a nature as to gravely disturb public order by intimidation or terror,” it said.
READ ALSO: Knife attacker kills man in Paris park before being shot dead by police
Earlier a local magistrate told a press conference that Nathan C. had shouted the Muslim invocation “Allahu Akbar” (God is Greatest) during the attack.
Nathan C. converted to Islam in mid-2017 and is believed to have suffered serious psychiatric problems since he was child, with several spells in hospital. In June he stopped receiving the treatment he was being given.
Police found literature characterised as Salafist in a bag after the attack, Philippe Bugeaud of the Paris investigative police told the press conference.
There was also a letter “with phrases fairly typical of a Muslim man who self-flagellates and who knows that he may be about to take the plunge,” Bugeaud added.
Nathan C.'s apartment in Paris also bore “every sign that it was going to be no longer lived in,” magistrate Laure Beccuau said.
Nathan C. apparently spared a first person who said he was a Muslim and had recited a prayer in Arabic, she said.
He then attacked the couple, killing the husband and seriously injuring the wife before wounding a woman jogger in the back. Beccuau said the two women had now left hospital.
France remains on high alert after being hit by a string of attacks by jihadist extremists since 2015, with more than 250 people killed in total.
SHOW COMMENTS 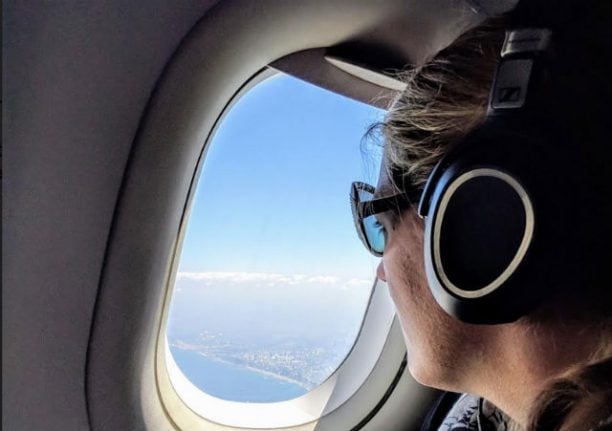