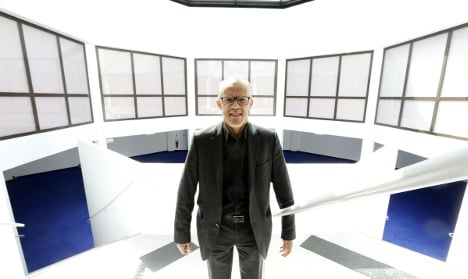 Estrosi was implacably opposed to the construction of the mosque and in April had secured the green light to sue the French state in a bid to block its opening in the southern city.

He had accused the building's owner, Saudi Arabia's Islamic Affairs Minister Sheikh Saleh bin Abdulaziz, of “advocating sharia” and wanting to “destroy all of the churches on the Arabian peninsula”.

Estrosi, mayor since 2008, said that the project which was initiated under his predecessor in 2002 was unauthorised.

However the mosque's opening was described as “a real joy,” by Ouassini Mebarek, lawyer and head of a local religious association.

“But there is no smug triumphalism,” he told AFP. “This is recognition of the law, and a right to freely practise one's religion in France in accordance with the values of the French Republic”.

“A Muslim prefers the house of god to his own home, provided it is beautiful,” said Abdelaziz, one of the worshippers who came to pray with his son Mohamed.

In the room reserved for women Amaria, a mother from neighbouring Moulins said: “Today we are happy. Happy and relieved to have found this place…. We are tired of hiding ourselves, we aren't mice!”

The construction of the Mosque began in 2003 in a building in an office district.