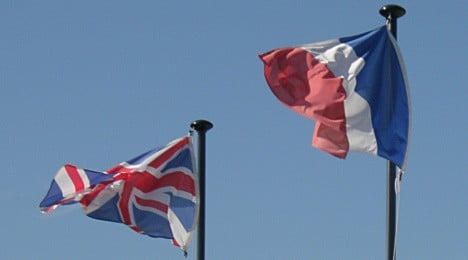 British expats in France are not hanging around to wait for article 50 to be triggered or for two years of tortured negotiations to get underway.

While nothing has changed and no one really knows what the future holds, the uncertainty is enough to push many of them into the abyss – or French bureaucracy as it’s better known as.

Christopher Chantrey who is chairman of the British Community Committee of France says his organisation has received numerous enquiries from people wanting to know how they can best safeguard their lives in France.

“In some cases people are applying for French citizenship while others are going down the path of trying to get a permanent residency permit,” said Chantrey.

“They see it as an insurance policy because at the moment there is a huge cloud of uncertainty hanging over them.”

“It’s early days but they just don’t know what will happen.”

In terms of insurance policies, expats have a few options one of which is to apply for the “carte de Séjour permanent”, which would give them the right to stay as long as they have lived in France continuously for five years and they can prove it.

Another option is to go for French nationality, which would give British expats all the rights the French nationals have, including the right to vote in presidential elections.

Unlike Spain, France allows people to hold dual nationality, so those who go down this route can at least keep their British passport.

To qualify for French nationality you would need to have lived in France for five years and prove your French language ability, which can act as a barrier for some.

Another option which is harder and perhaps more troublesome is to find a French partner and marry them. Although to qualify for French nationality through this route you would need to have been married for at least four years.

French expats in the UK are also facing similar questions after the referendum, though Chantrey points out that the cost of gaining British citizenship far outweighs the price of applyinf for French nationality.

“Expats in France are taking matters into their own hands because we have never been priority for the government back home,” Chantrey said. “If we had been we would all have been given the vote in the referendum (those who have lived abroad for 15 years were barred from voting) and the result might have been different.

“We shouldn’t expect them to stick up for us.”

In his resignation speech David Cameron insisted that for the moment there would be no change to the rights of Brits living in the EU or vice versa, but he has clearly failed to ease any concerns.

“Expats just want to feel they are doing something. It’s a personal risk assessment, but we are definitely advising them to think about the options,” Chantrey said.

“I feel the older people in France, those who come to retire will be most at risk. They could have to go back to the UK.”

French bureaucrats can expect to be given a busy time by worried British expats over the next two years and perhaps beyond.