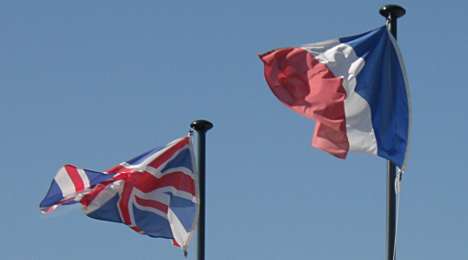 On the City of London

Britain's City of London financial district would have to give up its role in processing euro currency transactions after it leaves the European Union, French President Francois Hollande has warned.

The issue of whether euro clearing houses can remain in the British capital is set to be one of the most contentious issues as Britain seeks to negotiate its future trade relationship with the EU after its departure.

Britain has jealously guarded its status and won a recent EU court decision against the European Central Bank in order to keep hosting the euro deals.

Hollande said other European financial centres should be ready to take over from London, which is home to many banking clearing houses that deal with euros.

The French leader added that European financial centres should “prepare to take on a certain number of operations that can no longer be done in Britain”.

In a separate interview with French business daily Les Echos Hollande said France itself should “adapt its regulations, including fiscal (regulations) to make the Paris financial centre more attractive”.

On Tuesday, the president of Paris Europlace, a group that promotes French finance, met with Finance Minister Michel Sapin to suggest ways of boosting the French capital's ability to woo City bankers.

“It is more difficult,” Michel Sapin told the BBC, adding that the French government however was still committed to the Hinkley Point project going ahead.

“We have to see where we are, we have to recover our balance. Brexit has made waves,” Sapin said on the Newsnight programme.

The planned nuclear plant at Hinkley Point in southwest England has been billed as a crucial part of Britain's future energy supply.

But critics say it is too expensive.

A joint project between EDF and China General Nuclear Power Corporation, it carries a projected price tag of £18 billion ($24 billion, €21.7 billion), making it one of the world's most costly nuclear power plants.

Unions at the majority state-owned EDF have sought to delay committing to the project due to concerns that it could bankrupt the company, which has more than 37 billion euros in debt.

'Everything on the table'

Speaking to the BBC finance Minister Michel Sapin said everything would be up for negotiation.

Sapin added: “Everything will be on the table because Britain will make proposals, and we will negotiate all these aspects with a desire to come to an agreement. But we’re not there yet, until we have an official decision from the UK.”

But he stressed: “Britain won’t be in the same position as it was beforehand. Things will change. Things have already changed. We return to zero … a clean slate.”

Hollande said Wednesday that Britain's vote to leave the EU should not affect a deal to stop migrants crossing the Channel, which led to many being stuck at camps in Calais.

“Calling into question the Touquet deal on the pretext that Britain has voted for Brexit and will have to start negotiations to leave the union doesn't make sense,” Hollande said after an EU summit in Brussels.

The so-called Le Touquet accord, reached in 2003, effectively moved Britain's border with France to the French side of the Channel, where migrants fleeing war and poverty in the Middle East, Africa and Asia have massed in their thousands.

It notably allows for British border controls in Channel ports in France.

French Interior Minister Bernard Cazeneuve confirmed there would be no changes to the accord as he met with Calais officials in Paris.

“The border at Calais is closed and will remain so,” he said.

Scotland can't be part of the negotiations

“It is only in this context that it will be possible to envisage situations, solutions that might concern Scotland,” he added.