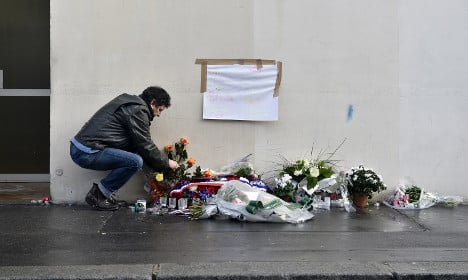 A source close to the investigation told Le Parisien newspaper that a first threat was posted on Charlie Hebdo's Facebook page and then later removed. It remains unclear who removed them.
The threat reportedly suggested that several members of the editorial team would be physically targeted in an attack.
A similar and separate message was sent to the editor of the publication within the space of a few days, the source added.
“The messages raise the idea of killing several members of the editorial, again,” the source told the paper.
An investigation was opened into the threats last week, the paper revealed on Wednesday, after the paper's management alerted authorities.
The paper has refused to speak to French media about the reported threats.
Staff at Charlie Hebdo, a satirical weekly paper, have been working under enhanced security since terrorists attacked the headquarters in January last year, leaving 12 people dead.
The Charlie Hebdo offices have been moved to a top secret highly guarded location, after they were shifted to the offices of the Libération newspaper shortly after the January attacks.
The attack saw nine members of staff killed, as well as a cleaner in the building, a security guard, and a policeman.
In connected attacks, five people were killed two days later on the other side of town. The attacks left France in mourning and saw millions march across the country in solidarity just days later.