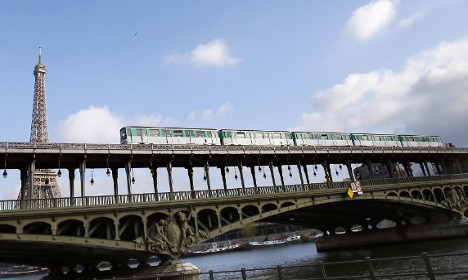 The Prime Minister’s office signalled on Monday that the Navigo monthly travel pass will rise from next month.

While the precise amount was not specified, Le Parisien newspaper is reporting that travellers will have to pay €3 extra a month from August 1st, which would bring the cost up to €73 for a zone one to five pass. This reflects a 4.2 percent increase in price.

According to Stephane Beaudet, Vice President in charge of transport in the Paris region, the price increase reflects “a normal rise, just like every year”.

He said the money will be put towards the “renewal of rolling stock”.The move comes after Valerie Pecresse, the president of the council of the region of Ile de France had threatened to hike the price of the Navigo pass by €15 to make up for the “€300 million shortfall in funding”.

Pecresse blamed the previous Socialist administration for bringing in the €70 pass despite the fact it was unaffordable.

When the €70 price was fixed last year it was heralded as a victory for commuters, especially those living out in the poorer suburbs, for whom the price of a monthly pass was reduced fairly dramatically.

But there were questions of whether the state could really afford to set such a seemingly low price.

“The €70 pass was just improvised by the left before the regional elections and was never funded,” Pecresse said last week, adding that France was being set back €300 million each year.

She said the story of the Navigo pass was “emblematic” of the political management of President Francois Hollande and Prime Minister Manuel Valls.

“They offer gifts to win elections then leave unpaid bills for the French afterwards,” she said.