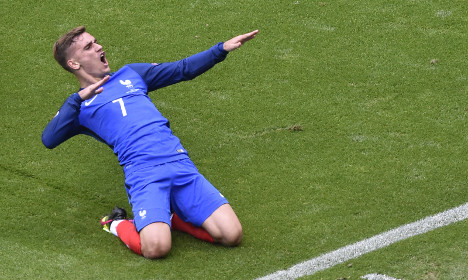 Robbie Brady, who had netted the Republic's winner against Italy, had converted a penalty with just two minutes gone to give the Irish a shock lead.

“At this stage of the tournament you don't have the right not to qualify,” French coach Didier Deschamps said, expressing relief at the fightback as French fans celebrated.

Ireland's problems were compounded by playing the last 25 minutes with ten men.

Centre-back Shane Duffy was sent off on 66 minutes for bringing down Griezmann, who was through on goal.

France's win came at a cost as both midfielder N'Golo Kante and defender Adil Rami are suspended for the quarter-final after picking up bookings.

Victory in the last 16 clash at the Stade de Lyon means France face either Iceland or England in the Stade de France quarter-final next Sunday.