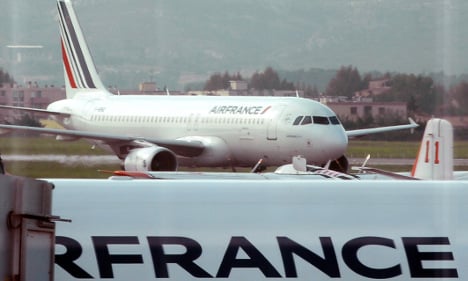 Air France pilots on Tuesday called off a strike planned for the weekend, averting what would have been the second such
stoppage during the Euro football tournament, union officials told AFP.

The development came after the incoming CEO of Air France-KLM, Jean Marc Janaillac, proposed freezing new pay rules opposed by the pilots in exchange for a four-month truce.

“There will be no strike this weekend,” Veronique Damon, head of SNPL Air France which represents 65 percent of the pilots, told AFP.

The president of the Spaf union, Gregoire Aplincourt, also confirmed the decision.

Janaillac had met earlier Tuesday with the unions to try resolve a dispute that caused some pilots to walk off the job on June 11, a day after the start of the Euro in France.

The unions issued a statement saying they would “accept his extended hand” to them, for now.

The pilots are opposed to new pay rules, which they say would knock five percent off their salaries.

The pilots' last strike, which grounded around 20 percent of flights on June 11-14, hit France as it was gripped by social unrest over a series of disputed labour reforms the Socialist government of President Francois Hollande is trying to force through.

However, despite strikes by pilots and railway workers, there has been relatively little disruption for fans travelling around France for Europe's football showcase.