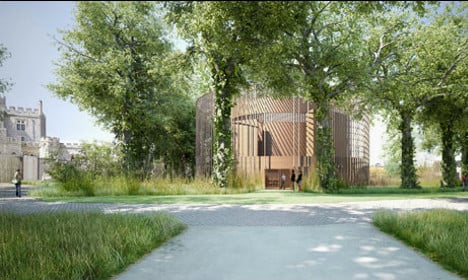 The theatre in Condette in the Pas-de-Calais département of northern France was vandalized with fluorescent orange spray paint barely a week before its opening date.

The New Elizabethan Theatre, as well as the nearby Chateau d'Hardelot and Centre de l'Entente Cordiale (Center for Cordial Harmony/Understanding) were tagged with phrases such as “eyesore”, “irresponsible politicians”, and “shame on you”.

Andrew Todd, the British architect who designed the building, discovered the vandalism the next morning.

“I arrived on site Saturday morning at 10am to find the just-finished building covered in graffiti insulting its presence and cost,” he said. “There were similar orange tags throughout the Chateau d’Hardelot site, including on the 13th-century walls of the castle itself.”

Todd condemned what he called the “politically motivated desecration”.

“This was not the act of a bunch of teenage malcontents,” he told The Guardian newspaper. “It was a well-organised, adult, carefully executed stunt relaying through violence the messages expressed already in the political sphere by the extreme right.”

The theatre, which was commissioned by the Socialist local authority, cost €6 million (€4.3 for building and the rest was “taxes, expenses, and fees” according to Todd).

It’s been criticized for being a waste of public money. “How much?” was scribbled in two different spots.

But Todd defended the building costs, saying “the building’s construction budget went almost entirely to local companies – workers, craftsmen, artisans, entrepreneurs – who are as directly affronted by its degradations as I am.”

The inauguration of the new theatre was set for the weekend of June 24th, the day after the Brexit referendum.

Todd said the building was “fundamentally an incarnation of Franco-British understanding, and would remain necessary whatever the result on Thursday”. 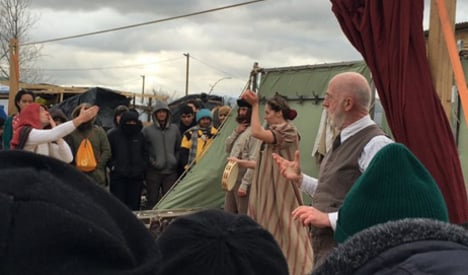 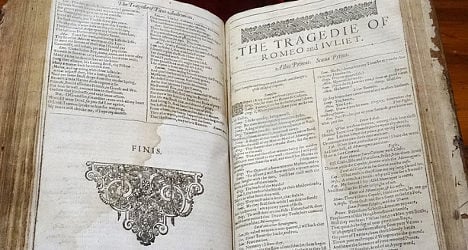