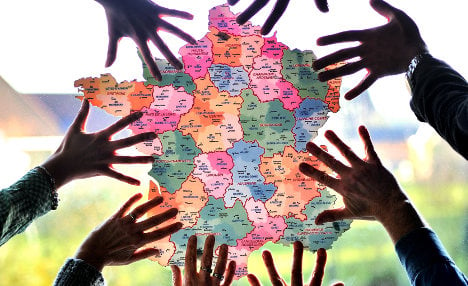 Which city is the best in France for foreigners to live in? Photo: AFP

The city of Rennes in the western region of France has been ranked the best place to live in France for foreigners, in a study by The Local.

The Breton city, home to 200,000, is already renowned as a vibrant city for students, but our ranking suggests foreigners should snub the likes of Paris and Lyon and instead head out west if it's all-round quality of life they are looking for.

The study looked at several categories including the jobless rate and other factors that affect the quality of life in cities for foreigners, from international air links and average monthly rent prices to quality of public transport, hours of sunshine, nightlife and culture, and even the difficulty for foreigners to understand the local accent and the distance to the coast or regional parks. (See bottom of page for an explanation.)

And with all the categories added up, it was Rennes that finished as the surprise winner ahead of Nantes and Bordeaux.

READ MORE: Why Rennes is the best place in France for expats to live in

But the news wasn't a shock for Rennes Mayor Nathalie Appéré.

“I must admit that this result is not entirely a surprise to us,” she told The Local. “But it does confirm the new role that our city has gained in France in recent years.

She said that Rennes has long been counted as “the smallest of the big cities” in France, but that it was now had momentum, not least thanks to upcoming 90-minute rail links to Paris, new Metro works, and a €2 billion injection to public investment.

“My message is this: Rennes will amaze you,” the mayor said.
Others shared the sentiment of the mayor.

“I'm absolutely not surprised,” said Ryan Carter, an Englishman who co-owns the Fox and Friends pub in Rennes. “It’s a brilliant place to live. You’ve got everything you need but in a small format. You’re not lost as you would be in a big city like Paris or Lyon.”

Paris, which is the French city home to the most foreigners, including thousands of Brits and Americans, finished in fifth place, just behind Toulouse in the south west.

While the capital's jobs scene, thriving culture and historic charm are the reason it draws so many foreigners, Paris was let down in certain areas, not least its lack of sunshine (just ask anyone in Paris how they are feeling about the weather right now) and the high average rent prices.

Propping up the list of the 13 French cities included in the study was Strasbourg, which stands at the border with Germany and is therefore far from a beach, then Clermont-Ferrand, which has the worst public transport.

Rennes' secret to success was doing well in a number of categories, the rankings for which were based on recent existing studies.

Many outside France may not even have heard of Rennes, but foreigners who already live there are not surprised it topped our rankings given the quality of life.

“Lyon, Bordeaux, and Paris are great cities, but they are overwhelmingly big and can be intimidating to someone visiting France for the first time,” said Georgia Wyche, an American English teacher who has been living in Rennes for two years.

“The size of Rennes is quite comfortable and not intimidating.”

“It's a lively university and student city that is accustomed to opening the door to foreigners,” said Wyche.

The Breton city scored highly in several categories including nightlife, for which it is renowned – only Lille and Clermont-Ferrand have more bars per inhabitant. Rennes was also the city in France with the most amount of green space per inhabitant at 42 m², as opposed to the national average of 31 m².

What about Rennes as a place to work? Well it had the lowest unemployment rate of all the 13 cities, based on the last three months of 2015 (8 percent) and in a study which we didn't use it was ranked top as a the best place to start a business out of all of France's mid-size cities.

The low average monthly rent of just €470 will also have those living in Paris rubbing their eyes in envy.

The city also came in third place (tied with Nantes) for having a local accent that’s quite pleasing to the ear. In one survey, 26 percent of respondents said that it sounded “intelligent”.

For a city of its size, Rennes has pretty decent train connections, with Paris just a little over two hours away and the quality of the public transport, including number of cycle paths, isn’t bad either.

Of course Rennes is not perfect and it was let down in the categories of the number of Michelin starred restaurants and places of culture (if you like your posh nosh and your art galleries head to Paris) and hours of sunshine (sun seekers clearly have to head to Marseille, Nice or Montpellier).

And in another boost for western France, Rennes rival city Nantes came in second position in the study after scoring well in most categories including amount of green space per habitant (34m2) the number of international flights, and the low average monthly rent of €519.

The fact the foreigners living in Nantes are within striking distance of the west coast of France also boosted its score. And like the Rennais, the Nantais have a pleasant and “intelligent” sounding local accent. Unlike the locals in Marseille or Lille which are judged the hardest to understand for foreigners.

Third-placed Bordeaux scored well in many categories, not least the international air links, which saw it ranked second only to Paris as well as nightlife and hours of sunshine, and proximity to the west coast of France.

A word about the capital.

How did Paris, the city of light and love and culture, with scores of Michelin starred restaurants, two massive international airports and train links to all over Europe, not win the title?

Well it was just let down in too many categories.

It finished bottom for average monthly rent, not surprising when it's €1,014 – more than double that of Rennes. It also has a serious lack of green space – only four square metres per resident, which is a common complaint of foreigners living in Paris.

And as we said earlier, it could really do with more sunshine – only 1,662 hours per year – as many foreigners in the city can attest to. Only those living in Lille see the sun less each year than Parisians (1,167 hours).

In other interesting points revealed by the study, Grenoble, in the south east of the country was the only city without a single Michelin-starred restaurant.

Montpellier on the south coast might have a lot of sunshine but it topped the chart when it came to unemployment rate.

Nice has the best air quality out of all the cities and Marseille the lowest percentage of single people.

Clermont-Ferrand had the lowest average rent and most bars per inhabitant but had the worst public transport and fewest cultural sites.

And residents of the ville rose, otherwise known as Toulouse in the southwest, have the best accent, while the city has the fewest bars per inhabitant, which is strange given Toulouse regularly tops the rankings of 'the best student city in France'.

How we put together our rankings

The idea to try and rank which city in France is best to live in for foreigners was born out of an argument in a pub.

Given restraints on resources we decided to look at 15 categories that are important to people, especially foreigners, when they live in a city.

We also chose 13 of France's biggest cities, so apologies to those of you who live in Dijon, Nancy or Tours. At one point we toyed with leaving out Paris as it appeared unfair, but then quality of life when living abroad isn't just about the job you get.

The scores given to each city were based on the most recent study that has already been published in the French media, or on our own independent research.

Granted some categories are far important than others like employment and rent costs, but they don’t give an all-round picture of living in the city. There were also more categories we would have loved to include but either no study existed or were too difficult to judge – warmth of the locals (rumour has it Lille would be top and Paris bottom) and driving in the city (would Paris have been bottom again?).

We wouldn’t like to say the study is definitive and no doubt it’s easy to pick holes in, but it certainly gives food for thought next time you have an argument in the pub.