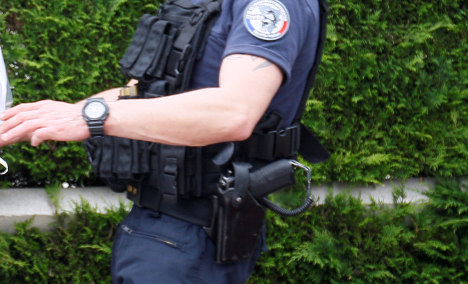 Under the ongoing state of emergency French police officers are already permitted to bear their arms while off duty.

The measure was brought in as a response to the November terrorist attacks in Paris.

But it is due to end once the state of emergency in France is over, which should be the end of July, although the government could yet extend it again.

But after a police officer and his wife were stabbed at their home in a town to the west of Paris on Monday, in what was labelled a terrorist attack, authorities have decided to allow officers to carry their arms permanently.

The move came after a meeting between police unions and the minister of interior Bernard Cazeneuve on Tuesday.

“The minister announced that the authorization to carry weapons would be extended beyond the state of emergency,” said Yves Lefebvre, secretary general of the Unité SGP-FO police union.

There were reports on Wednesday that a list containing names of police officers and their place of work was found at the house of a friend of Larossi Abballa, the 25-year-old jihadist who carried out Monday's double murder.

Monday night’s sickening attack is not the first time police have been targeted in jihadist attacks on French soil.

And with the leaders of terror group Isis having called for their followers to target representatives of the French state, police in France have also called for more protection.

They want the names of officers to be kept out of the media and legal procedures in order to preserve their anonymity.

“As well as officers in uniform, these cowards are targeting their families,” said Lefebvre, who has demanded that everything be implemented to avoid a repeat of Monday's killing.

There were also calls for authorities to introduce a system whereby radicalized individuals are kept under closer watch, even after having served prison sentences.

Interior Minister Cazeneuve also wants relations between the public and police improved. Accusations of police violence during the anti-labour protests in France has led to stinging criticism of the forces of law and order.