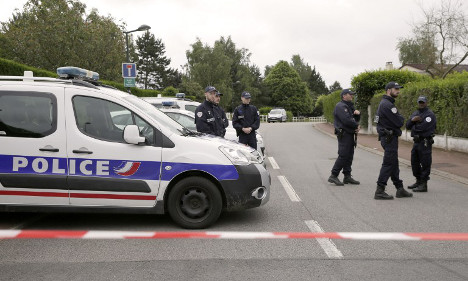 Police gather in Magnanville on Tuesday morning. Photo: AFP
France was rocked on Tuesday morning by the news that a man with known jihadist links had brutally murdered a policeman and his partner.
The attack took place late on Monday night in Magnanville, a town of 6,000 people about 60 kilometres west of the city centre in Paris.
The attacker, named Larossi Abballa, stabbed 42-year-old Jean-Baptiste Salvaing, nine times before reportedly cutting the throat of his wife, Jessica.
Police officers managed to kill the attacker after a hostage situation in the home of the victims, leaving their three-year-old son as the only survivor.
Officials at the Town Hall shared a message of their “infinite sadness after the horrible tragedy” and offered condolences to the families and colleagues of the victims.
Magnanville residents, meanwhile, have been left traumatized by the attack in their small community. “I was at the cafe this morning and it’s all anyone's talking about,” a receptionist at a local car dealer told The Local.
“Everyone's shocked. There's no other word for it than shocked.”
Others shared a feeling of disbelief that Magnanville could play host to a terrorist attack.
“This is a small, tranquil, and family-oriented town,” a woman named Véronique who works at the Hotel Eclipse told The Local. “And we've been left in fear like everyone else.”
Fear was a common response among the community members, with the November terror attacks in nearby Paris still fresh in many people's minds.
“We're afraid, of course, we don't really feel safe,” community worker Ms Delacodte told The Local.
“Like the attacks on November 13th in Paris, we don’t imagine things like this can happen where we are. Whether it’s in Magnanville or Paris, we never think it will happen where we live.” An ambulance drives away from the scene of the double murder in Magnanville. Photo: AFP
The neighbour of the 25-year-old suspect expressed his astonishment to learn he was living beside a man with jihadist links.
“I am astonished – he's a good lad, without issues, who delivered sandwiches around the neighbourhood,” the man told Le Figaro newspaper.
The two victims were a “respected couple”, said the Mayor of Magnanville, Michel Lebouc, who called the attack an “unspeakable” crime.
“We are going to open a crisis centre in the town to help witnesses and shocked residents,” he told reporters, calling for national solidarity.
The coldblooded attack has sent more shock waves around the whole of France and acted as an untimely reminder of what the French president described as the “very significant terror threat” the country faces.
'Country must unite'

In echoes of the November attacks in Paris, France's Interior Minister Bernard Cazeneuve has once again been forced to call for the country to unite, as fears will naturally grow of retribution attacks against the Muslim community.
“No one among us should have to die for who they are. Together we have to show that the French are strong, resilient, and proud,” he said.
French PM Manuel Valls called on the public to get behind the country's police force.
“The most important things right now are respect and unity – that is, to respect the work of the police forces and to unite behind them during these times,” he said.
The attack has once again left ordinary members of France's five million strong Muslim community on edge, with leaders quickly distancing themselves from a crime carried out by a fanatic, apparently in the name of their religion.

Anouar Kbibech, the president of the French council of Muslim Faith (CFCM) described the double killing as “an abominable act”.

“We learned about this terrible act with horror,” Kbibech said, before asking all Muslims to pray for the victims.

For the moment, like the residents of Magnanville, the French have been left with countless questions about what President Hollande said was “unquestionably a terrorist attack” – not least considering the country is on high alert for the Euro 2016 football championships.
With Isis leaders having made a recent call for followers to carry out attacks, especially in the United States, France and the United Kingdom, authorities and the public will all be left fearing what might be around the corner.
Oliver Gee/Katie Warren 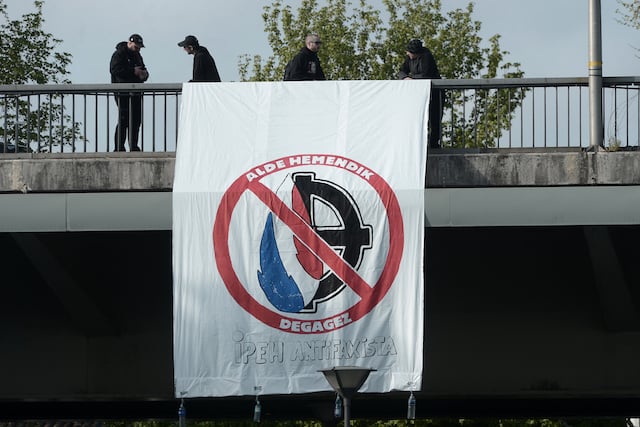 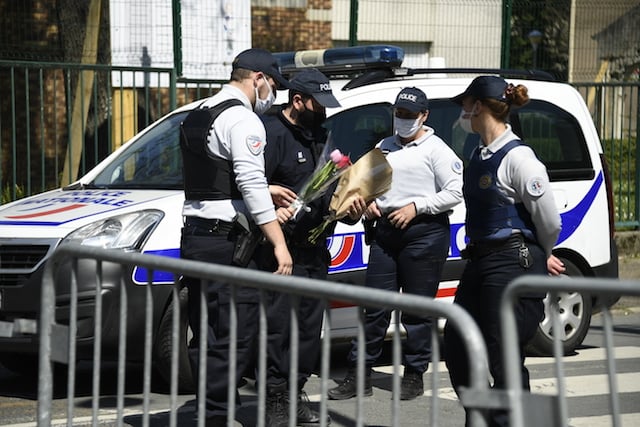