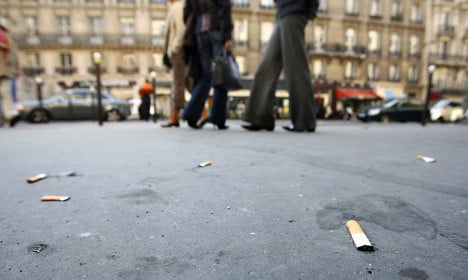 Tourists coming to Paris with heads full of dazzling images of the City of Light, capital of fashion and all things elegant and refined, can sometimes be a bit shocked by the reality of the city.

Cigarettes casually tossed onto the sidewalk, piles of dog poo on pavements, and drunken people urinating in the streets late at night are unfortunately common sights.

But Mayor Anne Hidalgo is aiming for Paris to clean up its act, not least considering the use of public space in the city has been on the rise since 2000, thanks in part to the development of the banks of the River Seine and the canals.

On October 1st of 2015 the city started giving out fines of €68 for tossing cigarette butts (with more than 2,000 already handed out), but now Paris is going even further, upping the number of city officers that can write up tickets for daily infractions or “incivilities”.

Apart from tossing cigarettes in the street, these “incivilities” include unauthorized garbage dumping, public urination, not cleaning up after your dog and noise levels at night, to name a few.

This new “anti-incivility brigade” comprising of 1,900 officers, will replace the Prevention and Protection Direction (DPP) which was previously in charge. 1,200 officers will come from the current DPP, but the other 700 officers won’t necessarily be new recruits.

Instead, there will be a shuffling-around of officers from different city services such as parks and gardens and the cleanliness division, to make up the rest of this new unit.

These new officers will all be in uniform and some will be armed with batons and tear gas.

Some 320 officers will be part of a “mobile brigade” that will roam the whole capital 24/7.

“This partitioning of enforcement officers is ineffective – there are not enough of them, especially during the evenings, at night, and on weekends,” he said.

Another source in the Mayor’s office added: “Up until now, the cleanliness brigade had barely 100 agents, so around two to six people per arrondissement. This brigade will greatly increase the capacity to give out tickets.”

In other words, Parisians, you really should think twice before throwing that cigarette… 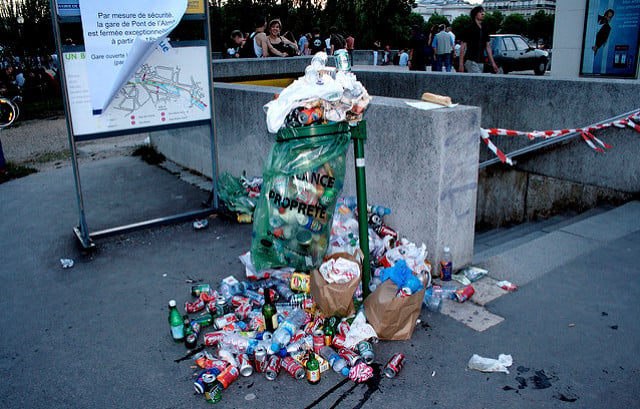 Photo: Pierre Châtel/Flickr
During the first half of 2017, the Paris authorities handed out a whopping 34,000 fines in its aim to make Paris a model of cleanliness.
These €68 fines are being handed out in greater numbers for “uncivil” behaviour such as tossing cigarette butts, public urination and dumping rubbish around the city.
And a stroll around certain black spots in the French capital quickly reveals why the measures are so necessary.
The sight of rubbish strewn around, waste bins overflowing and scores of cigarette butts thrown on the ground is an eyesore many who live in the city have long complained about. As is the stench of urine, that often pervades corners of many streets, especially after dark. Not many would argue against the idea that Paris is in real need of a spring clean or a summer spruce up.
And the the City Hall appears to mean business with the number of fines handed out from January to June this year representing a rise of 67 percent on the same period in 2016.
“People need to understand that being dirty has a cost,” said Paris mayor Anne Hidalgo.
But while a €68 fine might be enough to deter an individual from making the same mistake twice (at least in busy places), the fines are only going some of the way to making up the money the city is spending on its efforts to keep the streets clean.
READ ALSO:

After introducing the new clean-up plan with more materials and officers in March 2016, Paris authorities have dedicated increasingly large sums of money to cleaning the streets.
“We spend €500 million per year on cleaning up Paris. It's not possible to continue like this,” the mayor said.
Certain parts of the capital are known as being black spots for littering, notably the trendy Canal Saint Martin which attracts legions of picnickers on hot summer evenings.
But when they leave at night, the quays along the water's edge often look like rubbish tips, much to the annoyance of local residents, who recently launched a campaign to raise awareness. https://welcometocanalsaintmartin.tumblr.com/post/122870363626/welcometocanalsaintmartin-on-instagram
And even though the French capital has a team dedicated to tackling Parisians'”uncivil behaviour”, which, since the new plan was launched in March 2016, has increased both in number and power, it still doesn't seem to be enough.
“These are unacceptable and uncivil habits,” said Hidalgo.”I do not accept the situation as it is today.”
In order to combat the situation, the Paris authorities are considering further measures, like calling in private contractors to take on the task of cleaning up the litter left in the evenings and weekends.
The problem of dirty streets has led to another scourge that the city's authorities are desperately trying to tackle – rats.
In December last year The Local reported how City Hall was forced to close parks around the city as it declared war on rats. 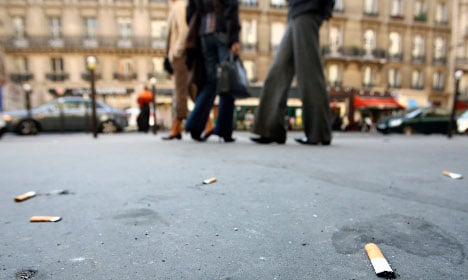 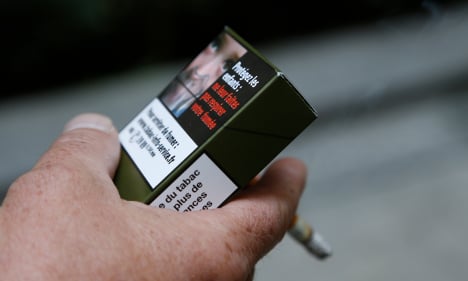