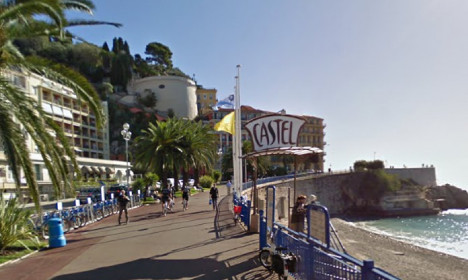 French police in Nice told The Local on Monday that the man, aged 25, fell eight metres onto the sea front after he apparently tried to walk along a barrier.

A spokeswoman from the police in Nice said the man's death was an accident and occurred just hours after Northern had played Poland in the city.

“He climbed up on to a barrier and fell down onto the beach, where he landed on his head,” said the spokeswoman.

It was not clear whether he died instantly or later in hospital.

The accident happened at Castel Beach on the quai des Etats Unis, which is an extension of the famous Promenade des Anglais.

The police spokeswoman said witnesses had seen the man drinking, while French TV reported that he was “heavily drunk”.

The victim has not been named. Northern Ireland had played against Poland in Nice early on Sunday evening, with around 10,000 Northern Irish fans having travelling to the city for the match, which their team lost 1 – 0.

The Local has requested a comment from the British Embassy in France.

French authorities have become concerned about the amount of alcohol being consumed before matches and on Sunday the Ministry of Interior gave police permission to ban alcohol in areas around the stadiums.

Northern Ireland fans were drawn into fighting in Nice on Saturday night after being attacked by a group of local French youths.

Seven people were injured, including one man with a serious head injury, French police said.

According to a Northern Ireland police officer accompanying fans at the scene, French riot police moved in after local Nice youths hurled bottles at Northern Ireland supporters in cafes near the central Place Massena.

“About 20 to 30 Nice youths started throwing bottles at the Northern Ireland fans. Some bottles were thrown back, some punches were thrown,” the officer said.