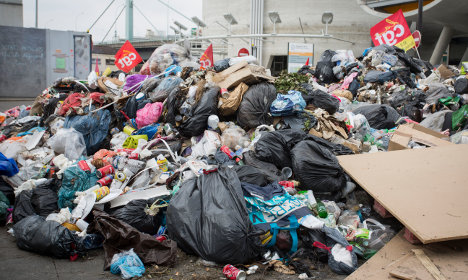 The French government was facing a race against time on Thursday to “unblock” the country in time for the big Euro 2016 kick off on Friday.

But things were not looking too optimistic as rail strikes continued to cause transport chaos on Thursday and industrial action by rubbish collectors has led to bins and refuse sacks piling up on the streets of several cities including Paris (see photo below).

French Environment Minister Segolene Royal called for an end Thursday to “the mess” caused by transport and rubbish strikes that threaten to blight the football fiesta.

“People want things to return to normal, for the mess to end,” Royal told iTele, saying it was “not right for a modern country to continue being permanently disrupted.”

On Thursday the country faces its first major security challenge of the Euro 2016 football championships with a giant open-air concert at the 90,000-capacity fan zone in Paris.

Superstar French DJ David Guetta will play for the crowd at the foot of the Eiffel Tower in Paris, a day before hosts France face Romania in the tournament's opening match at Paris' Stade de France.

While the security threat has topped the agenda the unresolved strikes over labour reform have provided another unwelcome distraction to the showpiece event, with France desperately trying to limit the harm done to its image abroad. The immediate concern of the government was trying to end the industrial unrest and political turmoil over controversial labour reforms that look set to continue into the championships despite their pleas for unions to halt their action.

In the latest of four months of strikes, union supporters blockaded waste incineration centres in central Paris, causing uncollected rubbish to pile up in 10 of the capital's 20 districts.

Paris Mayor Anne Hidalgo called for an end to the strike action and promised to get the rubbish collected as soon as possible.

“We are redeploying staff to sort out the situation where it's most critical today,” Hidalgo said.

Uncollected black refuse sacks were also accumulating in Saint-Etienne, the central city that will host four Euro 2016 matches, as well as Marseille in the south.

Three oil refineries run by Total were still on strike, although there was apparently no impact on petrol stations. Port workers at Le Havre have also voted to continue their strike.

Rail workers said they would continue to disrupt services on Thursday, extending their action to a ninth day in Paris and several other regions.

Only one in three trains were running between the centre of Paris and Charles de Gaulle airport.

Elsewhere TGV, TER regional trains and Intercité services were all badly affected by the industrial action on Thursday.

Unions were still chewing over an offer from the SNCF rail operator to end their dispute.

Hundreds of union activists lit flares at a protest rally in the Gare du Nord station, the departure point for Eurostar trains to Britain and other services to northern Europe.

And in a separate dispute, theatre and film industry workers held an early morning demonstration outside the apartment building of Labour Minister Myriam El Khomri in protest at their own special set of working conditions.

The furious minister said the activists were “violating family life” and had gone too far.

Negotiations continued between Air France and pilots' unions, who have threatened to ground planes for four days from Saturday, when an estimated two million foreign visitors will be arriving to watch the football.

“The government, through its obstinate approach, carries the entire responsibility for the conflict continuing,” the hardline CGT union, which has spearheaded the strikes, said.

The CGT wants the Socialist government to scrap the labour reforms, which unions say are stacked in favour of employers and will chip away at job security.

President Francois Hollande has refused to back down, arguing the measures are necessary to cut unemployment and make it easier for companies to take on new staff and release them in a downturn. 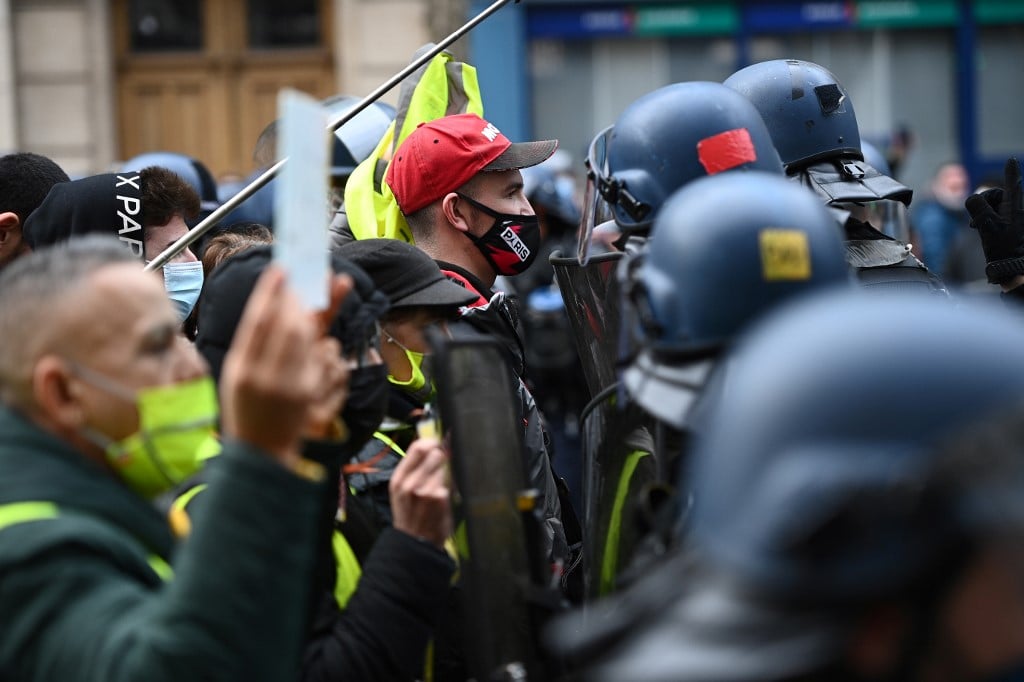