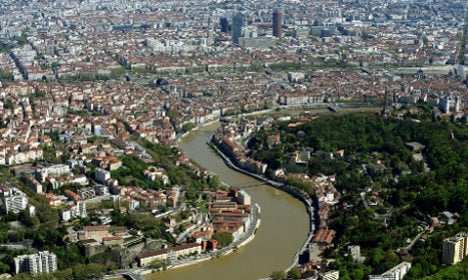 The Stadium: The Stade de Lyon will be the newest and most expensive venue in the competition. With a capacity of 59,000, the stadium only opened in January this year.

Public Viewings: The Fan Zone in Lyon will be set in the heart of the city at the Place Bellecour. Sat on a stretch of land between the rivers Rhone and Saone,  there will be large screens, food vendors, entertainments, and room for 32,000 fans.

Sports/ International Bars: If it’s a great atmosphere and some home comforts you’re looking for, there’s no better place to watch the games then The Smoking Dog Pub in Vieux Lyon. With big TV screens and a fantastic range of beers on tap, this English pub is sure to be packed with happy fans during matches. You can head just down the road in this popular area and try one of the many bars on the stretch that will be spilling over with football fans. The Saint James, for instance, has a huge screen and some great comfort food if you’re still looking for somewhere to catch the game.

Get Out & About in Lyon

Walk Around the Old town: Vieux Lyon is famous for its old architecture, cobbled streets, and narrow passageways. It’s a UNESCO world heritage site and one of the world’s biggest Renaissance neighbourhoods. Step back in time just walking around, and grab a drink or something to eat at one of the numerous cafes and bars that seem to stand on every corner.

Get Some Perspective: Lyon has an amazing set of funiculars. Jump aboard and look out at the view as you slowly climb up the Fourviere hill. There’s an impressive church at the top to look around, but you could be equally happy to take some food with you and sit down for some lunch looking down at Lyon below you, and the Alps in the distance.

Get active at Grand Parc Miribel Jonage: If you’re inspired by all the sporting activities going on around you, why not take an afternoon off and make the short drive over to the huge Grand Parc Miribel Jonage. Not only are there a number of discovery trails to hike, you can play tennis, badminton, practice archery and trampolining, and even play a 9 hole game of golf. There are even sailing boats and canoes for hire on the giant central lake.

Local Delicacies: Lyon is the food capital of the world. Forget Italy, forget Paris, this is the real deal. Head to a ‘bouchon’, a small lively restaurant, for a traditional meal which is guaranteed to be high-fat and meat orientated. Sausages are a key food in Lyon, and you’ll find every type cooked in every possible way. Opt for an ‘Andouillette’ intestinal sausage barbecued or fried to act like a true local, or play it safe with slices of the cured saucisson Rosette de Lyon, both of which can be found on any street corner.

Embrace the Culture: We really weren’t joking about the Lyonnais taking their food seriously: in the city there are 21 michelin starred restaurants. Aside from this, it’s interesting to know that Interpol – the world’s largest police organization-  has been based in the city since 1989.

Driving around Lyon is blissful: the roads are in great condition and the scenery is amazing. Dotted all over the countryside are local pubs and restaurants you can stop at, as well as lakes and fields to picnic by. If you are planning on using public transport to get to the stadium leave plenty of time as it is only accessible by public tram departing from Gare Part-Dieu, and there are likely to be large crowds jostling for space. By car the journey is a straightforward drive down the Av. De Bohlen and should take no more than twenty minutes from the city centre.

This city guide was put together by hire car company Sixt. For more information about hiring cars click here.