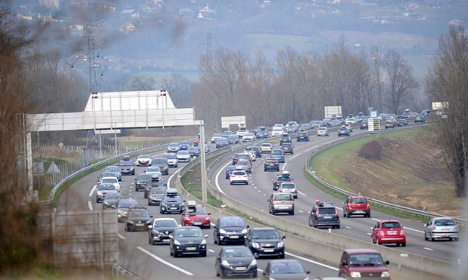 The bus was carrying 75 Czech tourists from Spain to the Czech Republic. Photo: AFP

The bus was carrying 75 Czech tourists from Spain to the Czech Republic when the incident described as an “isolated act” occurred on a highway yesterday night.

“An initial shot smashed the front windscreen and a second exploded the rear window of the vehicle a few seconds later,” said prosecutor Valence Alex Perrin.

Six passengers were hurt by broken glass, including a woman whose eye was seriously damaged, and a child.

Perrin said initial investigations had revealed the shooter used a hunting rifle. One of the bullets was found inside the bus.

“We don’t have any reason to believe this bus was targeted instead of any other,” said Perrin.

All the passengers who were not hospitalised have returned to their home country.