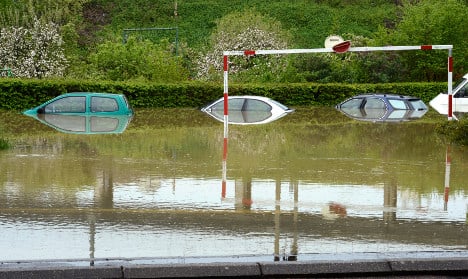 The pair sped off into the local forest with motorcycle police on their tail after they robbed a supermarket near the city of Orleans on Wednesday.

But they found the forest road cut off by a torrent of floodwater up to one and a half metres (five feet) deep. Forced to abandon their car, they tried to escape by swimming but were picked up, soaking wet and freezing cold.

Central and northern France have been hit by exceptional rain since Monday, cutting off roads and railway lines and leaving thousands without power.

IN PICTURES: See the River Seine in Paris flooding over