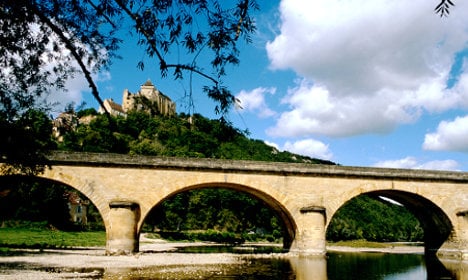 The surprise nomination has prompted the question: does it really deserve to be among the top places to visit in Europe? Or even in France?

Having replaced the mountainous Auvergne region as Lonely Planet’s favourite French destination this year, it would seem only fair to explore this rural south western department for all it has to offer.

Lonely Planet says their Best in Europe list recommends “destinations that have a buzz right now” and are “poised to be the next traveller find”, rating them according to a number of criteria including “wow factor, topicality and timeliness”.

The Local spoke to Tom Hall, the Editorial Director of Lonely Planet, to get some insight into why the Dordogne, loved and cherished by locals and expats alike, “has so much to offer to travellers this summer”. We put his claims to the test. Lonely Planet's Hall explains how “the increasing focus on local and homemade produce makes this the perfect region for food lovers” and helps earn the Dordogne’s its rightful spot on their list.

His colleague at the travel guide Alexis Averbuck recommends “immersing yourself” in the culinary culture there in order to experience life in rural France, with plenty of opportunity to appreciate the “sounds and smells” of French markets.

The International Festival of Truffles at Sarlat market. Photo: AFP

It would seem fair to say the Dordogne has plenty of rich and very French delicacies on offer, from Périgord truffles and walnuts to classic regional dishes confit de canard and foie gras.

Nonetheless many other departments would argue that they too offer their fair share of gastronomic specialities; take Burgundy’s Coq au Vin or Boeuf bourguignon and north western France’s seafood and Camembert cheese, for example.

The Midi-Pyrenees region and other areas of Aquitaine, which offer a range of similar delicacies, may also have a bone to pick with the Dordogne when it comes to food.

From a tourist’s perspective, the Dordogne is definitely not short on quality restaurants to eat out at, offering a range of prices and traditional French cuisine.

Richard Cummins, who lives in England but has owned property in the Dordogne region for over 20 years, told The Local that one of his favourite things to do there was “to eat and drink with friends”. Cate Carndruff, who is from Ireland and lives in the Dordogne, agreed that “the food is great”.

And how can we talk about food without mentioning wine?

Lonely Planet's Hall says, “Since [it’s] not as famous as Bordeaux and St-Émilion, the area around Bergerac is an essential, and affordable, stop for wine buffs.”

Some 13 different wines are produced in the Dordogne. The red Pécharmant and sweet Monbazillac, often paired with foie gras, have been praised on a number of websites reviewing wine in the area.

Locally made ambrosial walnut liqueur or fortified ratafia make for an excellent appertif.

For those keener on city breaks, the word “rural” can conjure up a fear of boredom and idleness. Lonely planet’s Tom Hall assures tourists not to worry, “There’s plenty to focus on including world-class cave art in the Vézère Valley, not to mention the Dordogne’s beautifully-situated thousand-year-old fortresses such as Château de Beynac and Château de Castelnaud”.

These fortresses seem to be a staple feature of tourist attractions in the region, with Trip Advisor listing those chateaux above, as well Chateau des Milands and Chateau de Commarque in its top ten things to do and see in the Dordogne. Asides from these, it also points tourists towards the Les Jardins Du Manoir D’Eyrignac, Sarlat Market and the Maison Forte de Reignac.

If you're not much of a history buff or culture fanatic, then Richard Cummins says you need not fret either.

He told The Local he enjoys “to swim, ride horses and bikes and go canoeing” in the area, so there is something for those more sporty holidaymakers.

With history, culture, food as well as outdoor activities, it seems like there should be something for everyone in the southwestern region.

People surf on the river Dordogne at Saint-Pardon-de-Vayres. Photo: AFP

Given the large number of Brits who had discovered the Dordogne long before it made its grand entrance onto Lonely Planet’s list, the area has earned itself the nickname Dordogneshire, which could prove a turn-off for tourists trying to escape Britain.

As of 2015, Aquitaine, which includes the Dordogne, was the third most popular destination for Brits to settle down in, after Paris and Poitou-Charentes. In the last census, it was home to 16,100 British expats, whereas somewhere like Corsica, the Island of Beauty, only hosted around 200 Brits.

However Richard Cummins assures us that it is not overrun by Brits.

“It is busy in the summer but still has a local feel without being overrun with tourists and more and more being used by the French as well for their holiday houses.”

Needless to say, it can’t be a bad thing that so many not only chose to move to the Dordogne, but decided to stay there too.

When asked what has kept her in the area, Cate Carnduff told the Local, “We have always said if we don't like it [in the Dordogne] we will go elsewhere, but when from time to time we weigh up what we love about being here or miss about being elsewhere then Dordogne still wins hands down.

“There's a lot of interesting people living here, who are attracted by the diverse nature of the region.” Location of the region itself was something that The Lonely Planet did not touch upon, but seems to be a plus nonetheless.

Richard Cummins said, “We like the area because of its location. It’s not so far as to be inaccessible by road in under a day's drive but far enough south to get good weather. I think there are many beautiful places all over Europe but this area has a collection of attributes that make it a desirable area for holidays.”

Perhaps the best conclusion to come to is that of Carnduff; “When you weigh everything up, there's nowhere better to live”.

When it comes to visiting, rather than living, the region definitely has some fierce rivals, but at the moment it seems the Dordogne offers the best combination of everything you could hope for on your next holiday to France.