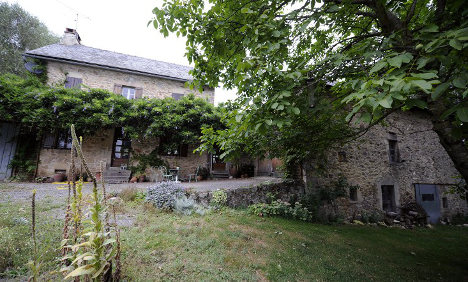 A French court on Monday sentenced a gardener to 30 years in jail, with no possibility of parole for 20 years, for the murder of his British former boss and lover.

Jean-Louis Cayrou, 54, was convicted of murdering Patricia Wilson at her home near the southwestern city of Toulouse, in an act portrayed as the work of a “jealous” man who could not accept that Wilson had ended their relationship. The 58-year-old woman was last seen alive on August 17, 2012, at her home in the village of Vabre-Tizac, on her return from a trip to England.

Although police found her clothes and traces of blood, Wilson's body was never found.

Cayrou remained impassive as a jury in the town of Rodez returned its verdict after more than four hours of deliberations.

He had steadfastly maintained his innocence, saying that while he did visit Wilson's house on the night of her disappearance, he had arrived on the same scene found by police.

“I loved Patricia,” he told the court, asking the jury to restore his “freedom and (his) honour”.

The prosecution had pointed to the traces of blood found in Cayrou's car, telephone records showing the repeated calls he had made to her shortly before she disappeared, and the “inconsistencies, lies and changing versions” in his account of events. “Everything is perfectly clear.”

The only question, she said, was what Jean-Louis Cayrou had done with Wilson's body.

Cayrou's lawyer Jacques Levy complained that his client was treated as guilty from the outset of the investigation.