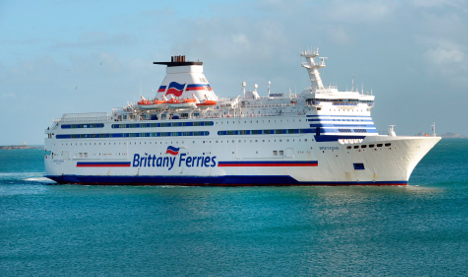 France should be bustling with tourists at this time of year. Photo: AFP
The long-running labour reforms protests have prompted a chaotic period for France, which has seen fuel shortages, transport strikes, and countless demonstrations.
And the tourism sector is feeling it acutely with many foreign visitors deciding France is best avoided.
After all, when images of burning police cars, huge queues at petrol stations, and marching mobs in the country's biggest cities are broadcast around the world, can you blame them for getting the jitters?
Politicians and industry chiefs say the strikes are disastrous for the image of France and the evidence appears to back up their opinions. Photo: AFP
The head of French trade association GNI said that tourism had been “asphyxiated” by the repeat strikes, hoteliers have reported a 30 percent drop in recent weeks, and French travel booking website Weekendesk said it saw a 28 percent drop over this weekend alone.
Laurent Duc, the head of French hoteliers union UMIH, said cancellations by tourists was “a big problem”, not least with Euro 2016 beginning in on June 10th.
“Reservations are not taking off because of the strike angst. People can see burning cars and protests on television at the moment and it's definitely not the best advertisement for France,” Duc told The Local.
“Even if these cars were only set on fire in Paris, people think that there's a civil war in France.”
He said he thought the two terror attacks of last year were also largely responsible for people not coming to France.
“This should be a time for France to be happy. People from all over Europe and the world to gather together, watch football and go to bars and restaurants. It’s a shame.”
The Paris tourist board said that the “scenes of guerrilla-type action in the middle of Paris” need to be stopped.
“There is still time to save the tourist season by putting an end to these blockades that are being shown the world over,” Frederic Valletoux, head of the Paris tourist board, told the AFP.
“It's the entire tourism and leisure network that is penalised. The challenge for employees is immense because 500,000 of them depend on the sector in the Paris region,” he added.
Even the more luxurious travel options have felt the squeeze.
The head of the Plaza Athénée hotel (pictured below), Francois Delaye, said that tourists see France as a “dangerous country”.
“Until now, tourism has been preserved because there haven't been problems with security,” he told Europe 1.
“But when you look at the succession of incidents: a plane that crashed after leaving Paris, hooligans lashing out at cops, and demonstrations… these have resulted in a roughly 40-percent drop in business.” Photo: Globe Trotteur/Flickr
Tourists turn away
Reader of The Local France Karen Anchondo was affected by the unrest last week and said it was enough to put her off for life.
“I was stuck in the middle of one of France's little tantrums – and I can say this – I will never, ever fly or take a train into France again,” she wrote on our Facebook page.
“Although the country is beautiful I would rather go any place else in the world than deal with this crap. Get over it strikers, cradle to grave – put your big boy pants on and deal with the real world.”
Many people who had planned to visit France have contacted The Local in recent days to check whether it was still worth coming.
Some had already cancelled.
Facebook follower Stuart Robertson said he simply shrugged his shoulders and changed his plans.
“We were coming in June, but have just changed plans and will be going to Germany instead. Always book things that you can cancel at the last minute if visiting France,” he wrote.
British man Angus Brown said his family had cancelled too.
“My parents wanted to hire a car from Marseille on Saturday and the company wasn't able to guarantee a car with a full tank of petrol, so they ended up cancelling their holiday,” he told The Local. “They're very disappointed. They're regular visitors to France and were very excited. This is the first time they've ever had to cancel a holiday, so it's been quite a bit of a shock,” Brown added.
With the month-long Euro 2016 tournament to kick off on June 10th, tourism heads will be hoping for a rapid change.
But with the sheer number of ongoing strikes to contend with, it's going to be tough to convince tourists that the time is right to travel.
Some travel companies, such as Brittany Ferries, are actively encouraging tourists to consider France.
“The French government has made it very clear that they will devote significant resources to keeping the fuel flowing, so our message to customers is to continue to travel and to look forward to it,” a spokesperson told The Local.
“We also urge UK-based motoring organisations to be a little more measured in the advice they give to our mutual customers.”
READ ALSO: A complete guide to the strikes that could affect Euro 2016
Additional reporting by Marianna Spring