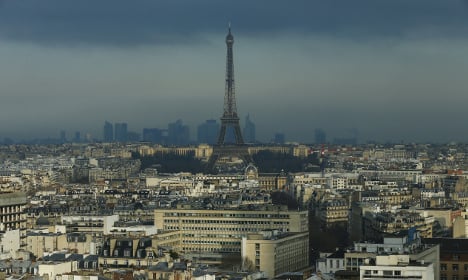 The results of an annual survey of attractiveness for foreign investors, published on Tuesday by professional services firm EY (formerly Ernst and Young), are at odds with President Francois Hollande's repeated insistence that France is “doing better” – and are a worrying sign for the economy.

Of the 15 countries included in the survey, France was the only one to see an overall drop in attractiveness this year.

Although France has clung on to third place in the rankings overall, it is stagnating while the rest of the continent thrives, and the gap between it and second place Germany is widening fast.

Some 598 new foreign investment projects were started in France over the past year – but that represented an overall drop of 2 percent from 2014, when the survey produced positive results for France.

Meanwhile, the UK and Germany saw steady rises of 20 percent and 9 percent respectively, with Hungary achieving a 104 percent increase.

Indeed Europe as a whole (or the 15 countries the study looked at) saw foreign investment shoot up by 14 percent.

So what's gone wrong for France?

While France scored highly in areas such as quality of research and tourist influence, and 80 percent of the 205 company directors interviewed by EY in February 2016 described France's attractiveness as “quite” or “very satisfying”, this positivity did not translate into actual investment.

Fewer than a quarter of investors were planning new projects in France for 2016.

As EY summed it up: “The end of French bashing has not translated into French buying.”

The investments which were made in France over the past year were generally of a small size, creating only a handful of jobs – and 80 percent were extensions rather than new ventures..

The 15 major players in Europe's economy were ranked by the number of new projects and new jobs created.

While France saw an 8 percent rise in the number of jobs created by international projects, the average across Europe was 17 percent.

While 150 new headquarters were set up in the UK last year, just 11 were set up in France, with global companies including the New York Times choosing London as the best location for their European operations.

Potential investors were put off by France's social security payroll charges in particular, which 73 percent described as “only slightly or not at all attractive”, while 72 percent cited the tax system as a negative factor. However, the biggest complaint, cited by 83 percent, was the “inflexibility of the labour market”.

The French government is in the process of trying to reform the labour market to make it more flexible for businesses when it comes to hiring and firing and organising working hours. However the reforms have proved depply unpopular and lead to a series of strikes and protests that most recently have resulted in fuel shortages across the country.

“The decline confirms the inability of [France] to embrace the way of the world,” noted the study, adding that France needed to “urgently take up the challenge of fiscal and social competitiveness” if it was to hold on to its position as an economic power in Europe.