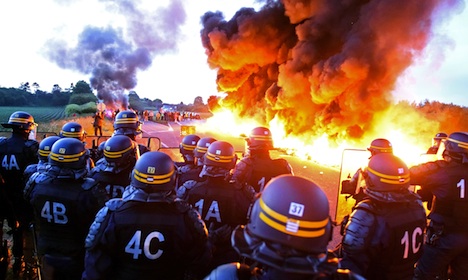 Below is a common scene from petrol stations around France. (Drivers queue for petrol in France and some are forced to push their cars into the service stations. AFP) (No more fuel. Notices warning drivers that there is no fuel left go up at petrol stations across the country. AFP) (Police escort a fuel truck out of a depot after breaking the blockade at Fos-sur-Mer in the south of France. AFP)

Protester raises a fist at riot police intervening where refinery worker was holding a blockade of the oil depot at the oil depot of Douchy-Les-Mines. Photo: AFP

Striking worker next to French CGT union flags outside Total oil refinery of Feyzin, near Lyon.

Not everyone is supporting the strikes. Anti-strike Exxon employees hold signs reading “Non striker” by the protests at Exxon Mobil in Notre-Dame-de-Gravenchon, northwestern France. Photo: AFP

The protests have resulted in at least one scuffle, between two people who appear to be customers of the petrol station. It remains unclear why they were fighting, although the tweet says the station had closed. People are queuing to refuel their cars in a gas station in Rennes. Photo: AFP 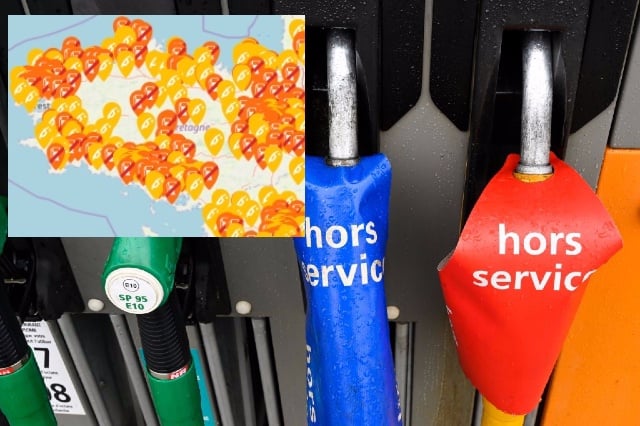 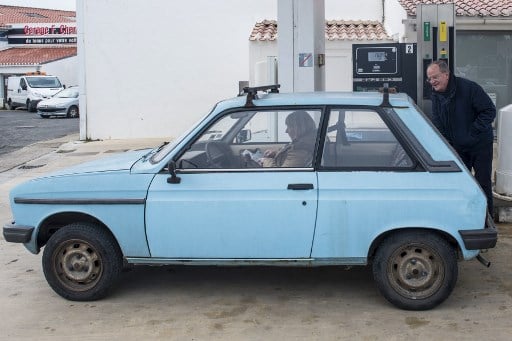