Photo: AFP
Now might be a good time to sign up to the Vélib bicycle system.
The CGT union called on Monday for rail workers from the capital's transport operator RATP to hold an “indefinite strike” from Thursday June 2nd at 3pm.
If the strike rumbles on it will have an impact on the Euro 2016 tournament, with the opening game being staged in Paris on June 10th.

Workers are particularly fighting for a re-opening of wage negotiations, but are also protesting the new labour laws that have prompted long-running demonstrations across the country.
“For two consecutive years, the wages haven't gone up even though the RATP's results have been at historical highs,” said Jacques Eliez, the secretary general of the CGT union.
A statement from the union said “We're blocking everything”, although it remains unclear exactly what this will mean.

But you can bet the strike will be felt by Parisians – the RATP is responsible for most of the public transport in Paris, including Metro, trams, buses as well as certain RER A and B commuter rail services. In the Île-de-France region, it carries around 3 billion passengers each year.
Across France, rail workers have already made headlines (and caused headaches) after they said that they'd be bringing out 48-hour rolling strikes every Wednesday and Thursday, which they put into effect last week.
Rail workers have gone on one-day strikes three times since the start of March in attempts to flex their muscles to try and influence negotiations between unions and bosses.
There was some good news for French authorities and the public with the UNSA union  – the second biggest among Paris transport workers, calling off its threat to hold strikes during Euro 2016. 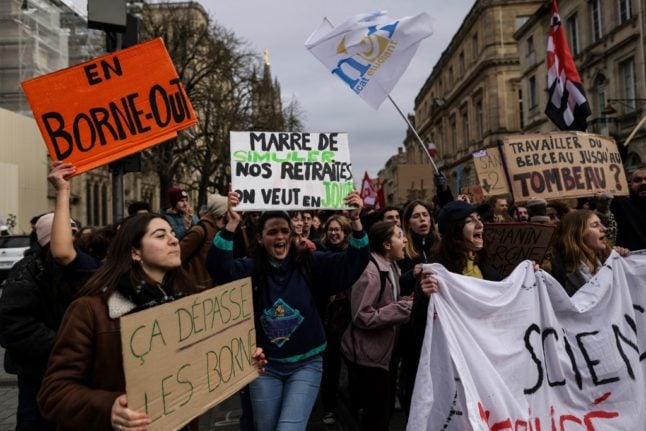