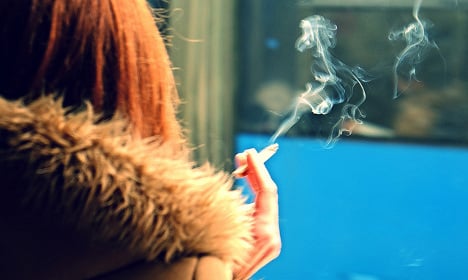 Photo: DjurekD/Flickr
Axa said it would immediately sell its equity holdings in tobacco companies, which currently are valued at about €200 million.
The insurer will also halt all new investments in tobacco industry corporate bonds and run off its existing tobacco industry bond holdings, valued at about €1.6 billion, it said in a statement.
“As a responsible health insurer and investor, the AXA group has decided to divest its tobacco industry assets, currently valued at approximately 1.8 billion euros,” it said.
Thomas Buberl, Axa's deputy chief executive, said that through the divestment, the company was doing its “share to support the efforts of governments around the world”.
“This decision has a cost for us, but the case for divestment is clear: the human cost of tobacco is tragic; its economic cost is huge,” he added.
Are the French really a nation of chain smokers?