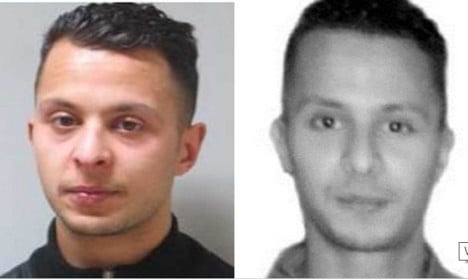 The 26-year-old arrived early Friday for interrogation in central Paris under heavy security, escorted by military police, elite police units and a helicopter.

Authorities hope Abdeslam will be able to shed light on the operational details of the Paris attacks, as well as provide clues as to whether other cell members are still at large.

Paris attacks suspect Abdeslam told French judges nothing, according to his lawyer.

For months, Abdeslam was the most wanted fugitive in Europe until he was tracked down and arrested on March 18th in the Brussels neighbourhood of Molenbeek where he grew up. Transferred to France under high security on April 27th, he has since been held at Fleury-Merogis prison, southeast of Paris.

A childhood friend of suspected ringleader Abdelhamid Abaaoud, Abdeslam is thought to have played a key role both on the night of the Paris attacks on November 13th, and in their preparation. Two others have been arrested in France in connection with the attacks carried out by Isis, but they are considered secondary participants.

Abdeslam played a key role, dropping off the three suicide bombers who blew themselves up outside the Stade de France national stadium in northern Paris. He is thought to have backed out of blowing himself up. Authorities found an abandoned explosives vest in a southern Paris district close to where mobile phone data placed him on the night of the attacks.

CCTV pictures from petrol stations showed him fleeing back to Belgium after two friends came to pick him up. He also played a critical role in the build-up to the attacks, renting the cars and hideouts used by the gang.

He also transported several other jihadists around Europe in the preceding months, including Najim Laachraoui, the suspected bombmaker for the November attacks who was killed in a suicide bombing in Brussels on March 22nd.The coordinated attacks in Brussels that day also struck a metro station, killing 32 people overall.

French police hope Abdeslam could also shine light on the links between the attacks in Paris and Belgium, both carried out by a network linked to Isis. His French lawyer Frank Berton told AFP that Abdeslam “wants to explain himself”.

But few are expecting any major revelations.

“The investigators have only him in custody. He could help if he collaborates, either to confirm elements of the investigation, or to give fresh leads,” said Gerard Chemla, a lawyer representing some 50 of the victims and their families from the Paris attacks.

“However, we should not hang on his every word and wait for any sensational revelations,” added Chemla, pointing out that the police have already done much of the vital work in dismantling the network.

“The first interviews are often about denials. We should maybe leave the process to unfold for a while,” added Jean Reinhart, another lawyer representing some of the victims.

Reinhart said he was not expecting repentance or any “great sincerity” from the suspect. Abdeslam's lawyer before his extradition from Brussels, Sven Mary, has described him as a “little idiot” with the “intelligence of an empty ashtray”.

Mary also said Abdeslam was “more of a follower than a leader”, though some have argued he may be putting on an act to lessen his responsibility.

In his two interrogations in Belgium, Abdeslam gave the impression he was merely a pawn of Abaaoud and his own brother Brahim, who blew himself up outside a Paris cafe during the November attacks. But he has already been caught in a lie, saying he only met Abaaoud once before, when in fact they had a record of teenage delinquency together in Molenbeek.