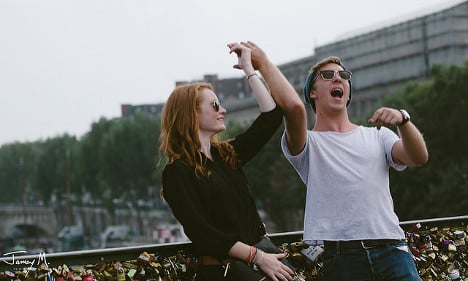 We've asked readers – tourists, expats and Parisians alike – to list some of the things the more than 30 million tourists who come to Paris each year do that can rub locals the wrong way.

Here are the top 12 things that tourists do that are the most annoying. Visitors need to realize, according to one reader, that they are giving the city a bad name by getting pickpocketed all the time. Victims of petty crime in the capital will be aghast at the suggestion they did anything wrong, especially given the number of scams they can fall victim to, but it’s true visitors could take more care, especially on the Métro. Wear backpacks on your front, don’t keep wallets in trouser pockets, and keep an eye out.

Thinking no one speaks English

This works both ways but one complaint we hear is from locals who have had to put with anglo tourists bad-mouthing their country or capital city in English, mistakenly thinking that no one around them will speak English. The French may not be as accomplished English speakers as the Scandinavians, but visitors should be careful what they say, at least when they’re out in public.

Locking up their love

Even many expats in Paris are fed up with tourists descending on the capital’s most picturesque bridges over the Seine and leaving behind a graffiti-coloured lump of metal. Not to mention the key the loving couple threw in the river. Perhaps a good solution would be to force those couples who have since split up to return to Paris and remove their love lock. The city even installed anti-love lock mechanisms on the bridge but it’s not still not enough to deter the most determined and amorous couples.

Not knowing the importance of a bonjour

Some would say it’s the most important word in French. Not saying bonjour before you ask someone for help in a shop might not appear rude to visitors, but it’s the height of bad manners in Paris. If you have ever complained about a local’s curt response to your question, then it might all be down to the fact you never said hello. Even an excusez-moi is not really the same as bonjour, even though it might seem more natural.

Having no Métro etiquette

Parisians making their way to and from work have to put up with all sorts of shenanigans from tourists on the city’s underground transport line. Whether it’s tourists constantly peering over them to look at the Métro map, refusing to move down the aisles for fear of getting blocked in, insisting on keeping that giant rucksack on in rush hour, or just generally not having a clue what they are doing. To be fair at least tourists allow Parisians off the Métro before they pile on.

Having no Vélib etiquette

The Vélib bike rental system is set up to suit Parisians in a rush to get from A to B, not for groups of tourists to get 20 bikes out for a leisurely ride along the Seine (although we do recommend it). So spending half an hour at a docking station trying to work out how it works or commandeering all the bikes is bound to rile a few locals. And then there are the tourists who are too scared to cycle on the roads so they go on the pavements. Unvélibable. Cue Paris pedestrian anger.

Taking too many photos

It seems some Parisians are regretting that their city is home to so many beautiful landmarks that tourists just have to capture on camera. Whether it’s taking snaps of the Eiffel Tower from a sidewalk or the Arc de Triomphe from the middle of the Champs Elysées, photo-happy tourists have a habit of getting in locals’ way. Perhaps Paris could build special elevated gantries for snappers and ban photographs everywhere else.

Not knowing the basics

We are with the locals on this one. Obviously not making an effort to speak the local lingo is not recommended when travelling in any country, but it’s especially true in France, where people can be slightly more sensitive about the dominance of the English language. It’s still surprising how many visitors you can overhear in Paris not even attempting the basics in French. Even a Parlez-vous anglais? would improve the welcome you get.

Not knowing the table rules

No wonder servers in Paris have such a bad reputation for their treatment of tourists. Piling into a restaurant to sit en masse and sitting down at tables laid out for food only to ask for a coffee will have them shaking their fists behind the counter. And then moving all the chairs so you can all sit in the sun will cheese them off even further, as they are often subject to on-the-spot fines from police.

Ils parlent fort (they speak loudly) was the complaint of one Parisian reader. Seeing locals lean over to tell a table of Anglos visitors to lower their voices in a packed bar is a common occurrence in Paris. Remember they are slightly more reserved here, get slightly less drunk (in general) and are far more discreet. The whole café system, where people are seated inches from each other on tiny tables and chairs, only functions if everyone keeps down their voices.

One of the most common complaints we had centered around those tourists who stick together in groups even when trying to navigate a narrow pavement. Walking four abreast down a little street in Montmartre is not endearing yourselves to locals. We suggest two by two or single file to help boost warmer relations between Parisians and visitors.

Asking for changes to the menu

One last way that visitors can rile those notorious Parisian waiters is by asking for changes to the menu to suit their needs or tastes. Asking for a steak bien cuit (well done), can be enough to rile a French chef, but asking for a goats cheese salad with cheddar rather than goat’s cheese will infuriate them. Sticking to the menu, if not eating elsewhere, is the general rule to avoid annoying them.

An original version of this story was published in June, 2014.