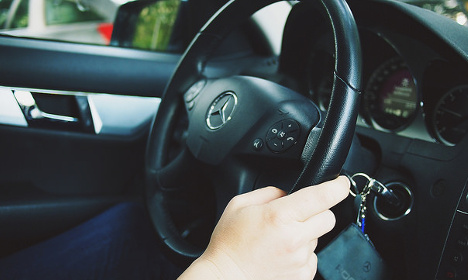 The driver, aged 34 and originally from Paris, was taken into police custody on Tuesday morning following the alleged rape attempt.

The woman, a 19-year-old student, had got into his vehicle after leaving a nightclub early as she was feeling unwell, Le Progres newspaper reported.

The driver then helped the woman into her apartment and to her bed, where he allegedly took off his clothes and forced himself on her, reported 20 Minutes newspaper.

The woman contacted the police soon after, and officers tracked down the driver outside the same nightclub, apparently searching for new clients. The driver has denied the charges of rape and violence.

The driver was charged with the rape of another young women in January under similar circumstances, reported TF1, quoting a source close to the inquiry.

Initial reports said that the driver used Heetch, a French ride-sharing app which operates only between 8pm and 6am and has 300,000 users. The app is popular with French party-goers, and is a rival to Uber.

The founders of Heetch said on Tuesday they were “obviously appalled”, adding that all users have to register their identity on the app so there is no option for anonymity.

However the lawyer representing the driver denied that his client was a Heetch user.