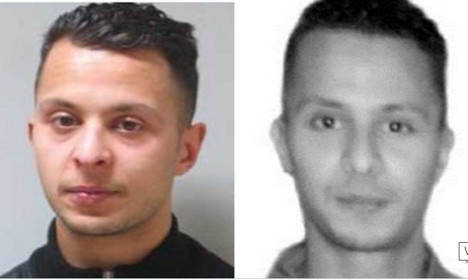 Photo: AFP
The authorities had spotted a post on Facebook they thought belonged to Abdeslam featuring the Islamic State flag three weeks before the November 13th attacks, but failed to follow up, according to the Belgian broadcaster,
Although the national terror threat centre was told about the post in October, security officials didn't take a closer look, RTBF said, citing a leaked parliamentary report.
The secret report, based on interviews by lawmakers with senior officials and police, looks back at the series of failures ahead of the attacks.
RTBF said later on Tuesday that police eventually determined the Facebook page did not belong to Abdeslam, without giving further details.
The revelation is the latest example of alleged failures by Belgian police in the months leading up to the attacks in the French capital.
RTBF also said Abdeslam was known to have been in contact in early 2015 with suspected attacks ringleader Abdelhamid Abaaoud, who was already known as an important IS figure.
Both men, as well as several others involved in the attacks, are from the gritty district of Molenbeek in Brussels.
Last month, the parliamentary panel also heard that Belgian police abandoned a probe into Abdeslam and his brother Brahim six months before the Paris attacks, despite flagging them as priority terror suspects.
This allegedly allowed Abdeslam to go ahead with preparing the attacks. His brother Brahim would eventually blow himself up in a Paris cafe on the night of the massacre.
Salah Abdeslam, the sole surviving suspect in the November 13 terror attacks, was arrested in Brussels on March 18 after four months on the run as Europe's most wanted man.
He is now in France awaiting trial over his alleged role in the killings.
Abdeslam has also been linked to several jihadists directly involved or implicated in the bomb attacks in Brussels on March 22, which took place four days after his arrest.
Url copied to clipboard!