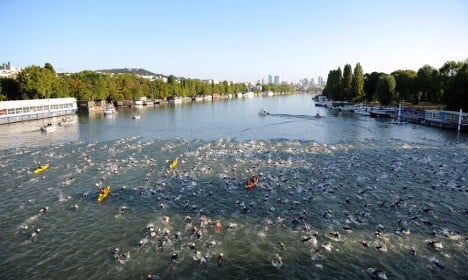 Photo: AFP
Mayor Anne Hidalgo said she would like to see some of the swimming events staged in the Seine, and for parts of the river opened up for public use.
“I want swimming in the Seine to be made possible by 2024,” she said, adding that preparations for the Olympic bid presented a “historic opportunity” to improve environmental protections, transport and accommodation in the city.
Hidalgo said she hoped to see the swimming stage of the triathlon and the 10-kilometre open water event staged in the Seine.
The quality of the capital's famed waterway has improved in recent years, but sewage pipes still spew 2.5 million cubic metres of waste every year into the river, which is also polluted by effluents from factories upstream.
Hidalgo's ambition comes nearly three decades after mayor Jacques Chirac — who later became president — vowed in 1988 to swim in the Seine five years later, which he famously never did.
Paris faces competition from Los Angeles, Rome and Budapest to host the 2024 Olympics.
The winner will be named on September 13th, 2017, in Lima.
Paris 2024 Olympics: See which events will be where In Paris, locals have shown that if the weather gets hot enough then the murky waters of the city's waterways hold no fear.

Some brave or foolhardy locals, depending on your point of view, found a radical way to stave off a heatwave last year – by jumping into the city's canals.
Indeed, the Bassin De La Villette, which links the Canal St Martin and Canal de l'Ourcq in the 19th arrondissement, appeared to be the city's newest spot for a dip.
The video below from Le Bonbon website shows bathers plunging into the water from the bridge and leisurely drinking a beer or two in inflated floats. 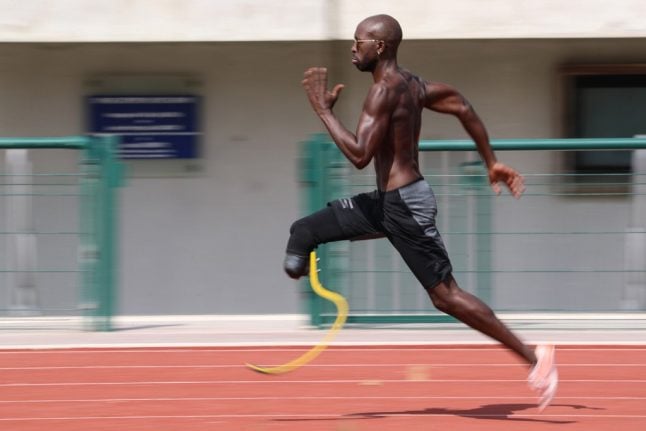 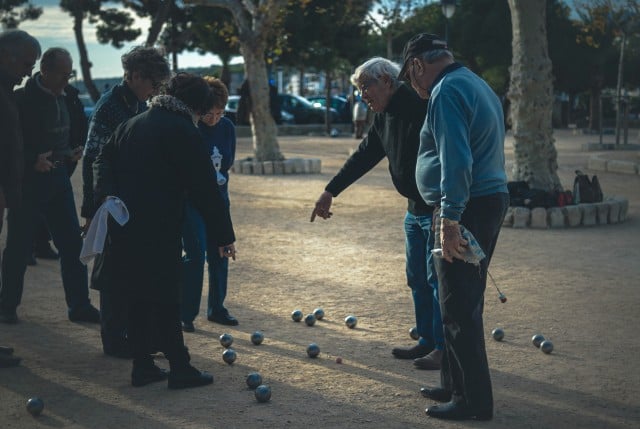 The 29-year-old French sprinter and long-jumper, who features in Netflix documentary Rising Phoenix released on Wednesday, was just three years old when he lost his right leg.

Not by accident or illness but by the brutal hack of a machete.

A child caught up in the civil war in Burundi in October 1994, he watched as his mother was beheaded.

“For years, every time I closed my eyes, I had flashes. I saw my mother being executed in front of me,” he tells AFP after a training session in Antibes, running his finger across his throat.

The killers left the Tutsi boy for dead. Alaize carries a large scar on his back but he was also slashed across the neck, right arm and right leg by his Hutu neighbours.

He woke up in hospital several days later, alive but missing the lower part of his right leg which had had to be amputated.

“With my mother, we ran, we ran, but we didn't manage to run far,” he says. “We were executed 40 metres from the house.” A decade later, after coming to France in 1998 and being adopted by a French family, he joined the athletics club in Drôme.

Fitted with a prosthetic limb, he discovered that running gave him his first night without a nightmare since the attack.

“From my first steps on the track, I had the impression that I had to run as long as possible, so as not to be caught,” says Alaize who now lives in Miami.

“I remember like it was yesterday my first night after this session, it was… wow! I had cleared my mind. I was free.

“My energy, my hatred, were focussed on the track. I understood that sport could be my therapy.”

He tried horseback riding and enjoyed it, reaching level six, out of seven, until he pulled the plug.

“It was my horse that let off steam and not me,” he laughs.

The psychologist did not work out either.

“She made me make circles and squares. After a few sessions I told her that I wanted to change my method.”

However he did click with his school physical education teacher, who directed him to athletics after he had anchored his team to a spectacular “comeback” win in a 4×100 metre relay.

His classmates had no idea he was an amputee. He had hidden it to avoid teasing and more racial abuse.

“I was called 'bamboula', dirty negro, the monkey. It was hard.” Fortunately, the Alaize family, who adopted him after he had spent five years in a Bujumbura orphanage where his father had abandoned him, gave Jean-Baptiste a base and a home that he had not had for years.

“When I arrived here I didn't know it was possible,” he said.

“I had lost that side, to be loved. I still can't understand how racism can set in, when I see my parents who are white, and I am a black child… they loved me like a child.”

His parents, Robert and Daniele, had already adopted a Hutu child from Rwanda, renamed Julien.

John-Baptist was originally called Mugisha. It means “the lucky child” which is not quite how things worked out. His new family name, though, suits him better. Alaize is a pun in French for 'a l'aise' – at ease.

The French disabled sports federation spotted the prodigy, and he began collecting his first trophies, including four junior world titles at long jump, three of them with world records.

“It was starting to change my life and I was happy to represent France,” he says.

He went to the Paralympic Games in London (2012) and Rio (2016), where he finished fifth in the long jump, just five centimetres short of the bronze medal.

Now armed with his state-of-the-art prosthesis, which he nicknamed Bugatti, he was dreaming of taking a step up at Tokyo 2020 and going home to France with a medal but the postponement of the Games has decimated his sponsorships.

“If I don't succeed, I will have to turn the page which would be sad.”

He hopes that Rising Phoenix will raise his profile and maybe attract some sponsors.

The documentary's producer Ian Bonhote is in no doubt that Alaize's star is rising.

“He bursts through the screen. His story will resonate,” he says.

“The nine athletes in our documentary all have different backgrounds, but none survived what Jean-Baptiste suffered. His disability was imposed on him in such a savage and violent way.”

Rising Pheonix is available now to view on Netflix. 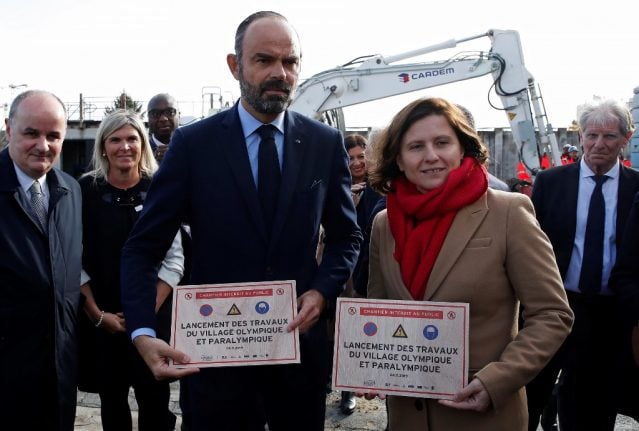 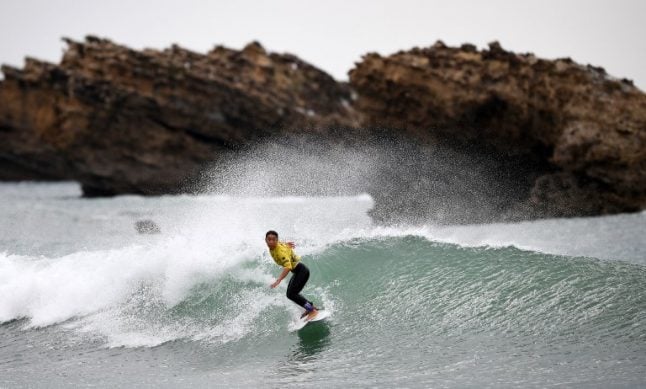