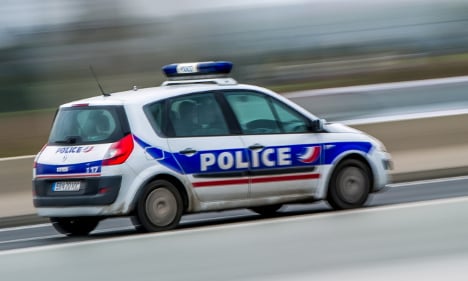 Photo: AFP
The attack occurred in the Purpan neighbourhood to the west of Toulouse, after a 24-year-old man followed a 19-year-old woman home.
He managed to follow her inside her apartment building, and then joined the young woman in the building's elevator.
The man then lunged at her, trying to rip off the woman's top, but she resisted, reported the La Dépêche du Midi newspaper.
A judicial source told the paper that he then managed to penetrate the woman.
According to reports the victim allowed the man to kiss her and as he did she managed to bite the man's tongue in two, prompting him to flee the scene.
Emergency crews arrived at the apartment block soon after, where they found part of the man's tongue and his blood.
Police managed to track down the suspect after alerting hospitals to keep an eye out for anyone coming in with half a tongue.
The alleged rapist didn't hold out for long, showing up at a local hospital where he was promptly arrested.
Police matched the man's DNA to the the blood left at the crime scene.
Local authorities on Wednesday charged the man with rape and sent him to prison after dismissing his version of events, in which he claimed the woman had made propositions encouraging him, reported the paper. Purpan, to the west of Toulouse. Photo: GoogleMaps