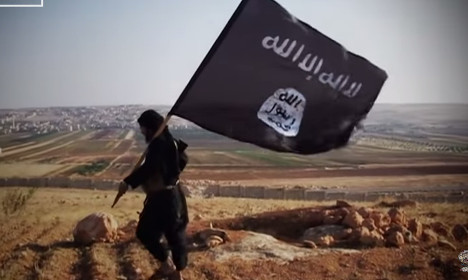 A French journalist infiltrated a cell of would-be jihadists, filming them with a hidden camera as they plotted an attack in the name of the Islamic State group, before they were arrested, he told AFP.

The journalist, a Muslim using the pseudonym Said Ramzi, carried out the investigation for a documentary entitled “Allah's Soldiers” which gives an insight into the minds of young jihadists, and will be shown in France on Monday night.

Ramzi describes himself as a Muslim “of the same generation as the killers” who carried out the November 13 terror attacks which left 130 people dead in Paris.

“My goal was to understand what was going on inside their heads,” he told AFP.

“One of the main lessons was that I never saw any Islam in this affair. No will to improve the world. Only lost, frustrated, suicidal, easily manipulated youths.

“They had the misfortune of being born in the era that the Islamic State exists. It is very sad. They are youngsters who are looking for something and that is what they found.”

To make contact with the group, Ramzi said the first steps were easy, following and interacting with those preaching jihad on Facebook.

Then, he had to meet the person presented as the “emir” of the group of about a dozen youths, some of them born into Muslim families, and the others converts.

This took place in Chateauroux, a town in the centre-west of France, at an outdoor activities centre that was deserted in winter. The “emir” was a young French-Turkish citizen named Oussama, and on their first meeting he tries to convince the journalist he knows as Abu Hamza, that paradise awaits him if he carries out a suicide mission.

“Towards paradise, that is the path,” Oussama says, a chilling smile on his face. “Come, brother, let's go to paradise, our women are waiting for us there, with angels as servants.

“You will have a palace, a winged horse of gold and rubies.”

During another meeting in front of a mosque in the Paris suburb of Stains, a member of the group points to an airplane approaching the nearby Bourget airport.

“With a little rocket-launcher, you can easily get one of them… you do something like that in the name of Dawla (Islamic State), and France will be traumatised for a century.”

Some of the gang, like Oussama, try and reach the Islamic State group in Syria. He was arrested by Turkish police and handed back to France where he spent five months in jail before being released.

While he had to show his face at the local police station once a day under his release conditions, he stayed in touch with the group via encrypted messaging application Telegram to organise meetings at which plans to launch an attack took form.

“We must hit a military base,” says Oussama. “When they are eating, they are all lined up … ta-ta-ta-ta-ta,” he added, mimicking the sound of automatic gunfire.

“Or journalists, BFM, iTele, they are at war against Islam,” he says of the prominent French television stations.

“Like they did to Charlie. You must strike them at the heart. Take them by surprise. What do you want them to do? They aren't well protected. The French must die by the thousands.”

Things accelerate when a certain Abu Suleiman returns from Raqqa, the Islamic State group's capital in Syria and tells the journalist to meet him at a train station.

Once there, it is not Suleiman — who the journalist never meets — but a woman in a full-faced niqab veil who shows up and hands Ramzi a letter.

The message lays out a plan of attack: target a night club, shoot “until death”, wait for security forces and set off an explosives vest.

However the security noose tightens around the group at this point, and several members of the group are arrested.

One of them who avoided arrest sends a message to the journalist saying:

“That is where my infiltration ended,” said Ramzi.