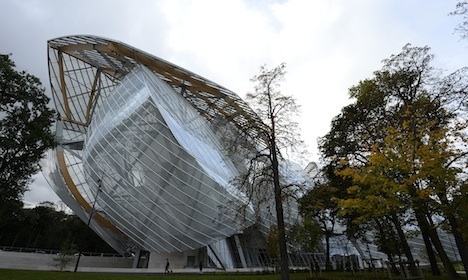 In the newly released, second edition of Hachette's guide to Paris, author Frédérick Gersal takes the reader on an entertaining walk around Paris, revealing unknown secrets about the history behind the nation's most treasured landmarks.

Of course, it includes the likes of the Eiffel Tower and the Sacré-Cœur cathedral, but there are some new inclusions this time around.

Here are some you may have missed.

Despite being two years late to complete and costing close to three times what was planned, this music institution was worth the wait in the end. At least that is what most people think. The finished result in 2015 was received with divided opinion.

While some saw it as an architectural masterpiece, others went as far as to call the design of Jean Nouvel one big eyesore. But since this initial discrepancy, the building has received nothing but praise for its acoustics and sound properties, which are particularly advanced. Find it in the 19th arrondissement.

The district of Bercy in the 12th arrondissement has been one of the biggest urban projects in Paris over the last three decades.

What was once a neglected, industrial wasteland is today's Bercy Village; a paved, pedestrianized street of restaurants and shops which is so far removed in its design from the rest of Paris, it is like being in a little holiday complex (within a city).

Another defining point is that it is accessible by Paris' first driverless metro, line 14.

This is another little area which feels like a separate village within the city. However, Butte-aux-Cailles, unlike the Bercy Village, is far from modern in its appearance.

It is still, quite refreshingly, relatively unknown by tourists, perched on a hill in the thirteenth arrondissement and is more a place where French artists can be found hanging out.

Originally built in 1863, this former market underwent a transformation in the spring of 2014. The project sought to restore and preserve the architecture that defined Paris in the nineteenth century as well as provide a free space for the community to access cultural facilities.

Today, the magnificent, glass building houses art exhibitions, music events, dance workshops and screening rooms. You can find it in the third arrondissement.

The building of the Louis-Vuitton foundation is a museum and arts centre, which opened in October 2015. It is owned by the LVMH group but functions as a non-profit organisation, whose purpose is to transmit the group's vision of promoting art and culture.

The building has already been labelled as one of the iconic works of 21st century architecture, thanks to american architect Frank Gehry's masterful design. Its construction saw an experimental approach, which sought to keep to the group's commitment to sustainable development.

Find it in the Bois de Boulogne of the 16th arrondissement.

The summer of 2013 saw a project finally come into action to pedestrianize the 2.3 kilometre stretch of the Seine that was formerly restricted to cars. The bank has now been taken over by restaurants, bars, family-friendly activities and deck-chairs in the summer.

This was another change that was met with a spattering of scathing reactions from certain Parisians who felt that it was nothing more than a commercial ploy, on the City's part. Ever the cynics.

The palace is on the outskirts of Paris' 12th arrondissement, at the edge of the Bois de Vincennes. It has a striking art déco design, with sculpted wildlife carved into the exterior walls.

It was constructed initially in 1931 for the Paris Colonial Exposition and has since housed a series of ethnological museums. Inside, both the Musée de l'histoire de l'immigration (museum of the history of immigration) and the Tropical Aquarium can be found.

Step aside Notre Dame. The Cathedral of Saint Denis is this enormous medieval abbey church, built on the remains of a bishop of Paris, who died in 250 AD and whose name was, believe it or not, Saint-Denis.

Found in the northern suburbs of Paris, it's a little out of the way but makes for a fascinating visit, housing an impressive collection of historic statues and enormous tombs.

This 16th century marketplace in the third arrondissement reopened in 2000 and is the modern foodie's dream. With stalls selling food-to-go from countries from Morocco, to Japan, to the Caribbean, as well as the usual fresh produce that we know and love from French food markets, it's packed out from Tuesday to Sunday.

The market got the seemingly bizarre name 'The market of the red children' in 1772, in memory of the nearby child's hospice when it closed down. Red, historically, was the colour of clothing given by charities and was what all of the children in the hospice wore. To find out more about Frédérick Gersal's book and the other sights that he explores, buy the book here.