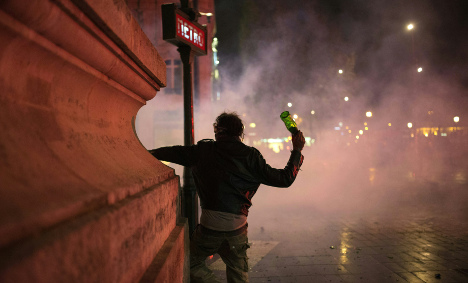 Photos: AFP
Twenty four people were arrested at the Place de la Republique in Paris on Thursday night after protests got violent, once again.
Calm wasn't restored until around 3.30am, according to a police report, after a night that saw police using tear gas and stun grenades to control the crowd.
Officers reported no injuries to their squad, or the public.
Two buses and two scooters were torched a few hundreds metres from the site, reported the AFP.
The video below, recorded by Le Parisien newspaper, shows police clashing with the protesters in an effort to move them on from the square.

Evacuation musclée de Nuit Debout place de la… par leparisien
The protests are part of a new youth-led movement called “Nuit Debout” (Up All Night), a movement that was spawned from the labour protests, and which has seen advocates of a broad spectrum of causes gather in city squares at night for the past four weeks to demand change.
While attendance has been dwindling in recent days, protesters in Paris were no doubt spurred on by a day of demonstrations across France that saw around 170,000 people out in the streets.
These protests were also violent, and saw 24 police officers injured, three of them seriously.
Clashes between police and protesters also erupted in the cities of Nantes, Lyon, Marseille and Toulouse, with 124 people arrested nationwide, Interior Minister Bernard Cazeneuve said. Prime Minister Manuel Valls strongly condemned the unrest, which he blamed on “an irresponsible minority”.
“They will be brought to justice. Support to the police,” he wrote on Twitter.
Cazeneuve criticised what he called the excesses of those who sought to exploit the violence on the fringes of the protests after visiting injured policemen in hospital. “We have always condemned violence,” said Jean-Claude Mailly of the Force Ouvriere trade union, arguing that the violence occurred “outside of the protests”.
William Martinet, leader of the biggest student union, the UNEF, condemned the rioters but also denounced a “disproportionate use of force by the police”. The demonstrations as well as work stoppages, notably in the aviation and public transport sectors, were the latest actions in a wave of protests that began two months ago and has proved a major headache for the government.
Opponents of the labour reform, billed as an effort to reduce chronic unemployment, which stands at 10 percent, say it will threaten cherished rights and deepen job insecurity for young people.
“Be Young and Shut Up!” read one banner at a protest in southwestern Toulouse, highlighting the frustration of youths facing an unemployment rate of 25 percent. Bill expected to pass
The unions and student organisations plan to pile on the pressure with further protests on Sunday to mark the May Day labour holiday, as well as next Tuesday, when parliament begins debating the bill.
Christophe Sirugue, the Socialist lawmaker who is presenting the bill to parliament after it was reviewed in committee, said Thursday that several points still needed “clarification” but that he expected the bill to pass.
Among the remaining issues are measures to make it easier to lay off workers in lean times, and whether employers should still be allowed to shed workers if conditions are depressed in their overseas operations and not just in France.
Another is a proposed surtax on short-term contracts aimed at getting employers to hire more people on permanent contracts, Sirugue told reporters.
Young people have been at the forefront of the protest movement, with many young workers stuck on short-term contracts or internships while hoping to secure a permanent job.
Protests against the reform kicked off on March 9th, culminating in massive demonstrations on March 31st that brought 390,000 people onto the streets, according to an official count. Organisers put the number at 1.2 million.
The CGT union said Thursday's marches and rallies drew half a million people. The protests spawned a new youth-led movement called “Nuit Debout” (Up All Night), which has seen advocates of a broad spectrum of causes gather in city squares at night for the past four weeks to demand change, though attendance has been dwindling in recent days.
With little more than a year left in his mandate, France's deeply unpopular President Francois Hollande has been banking on the labour reform as a standout initiative with which to defend his record.
But in the face of the protests his Socialist government has watered down the labour reforms — only to anger bosses while failing to assuage workers. 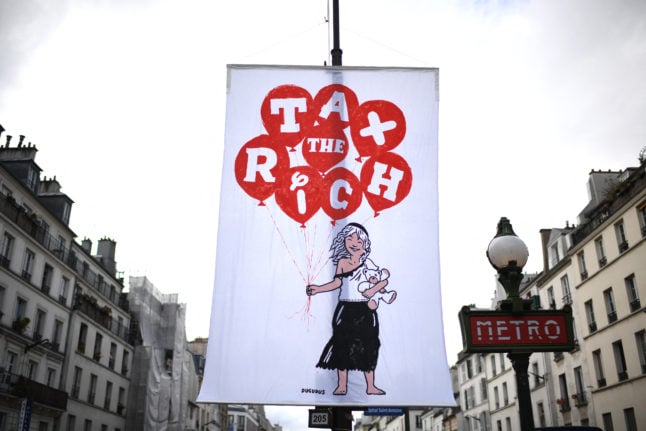 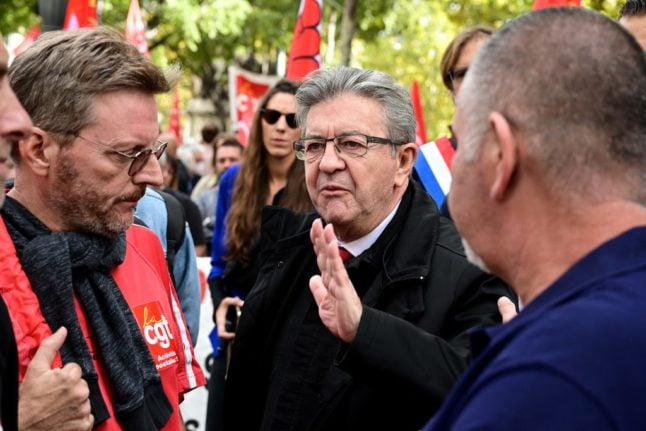 POLITICS
Leftist politicians call for French to take to the streets on Sunday
Url copied to clipboard!