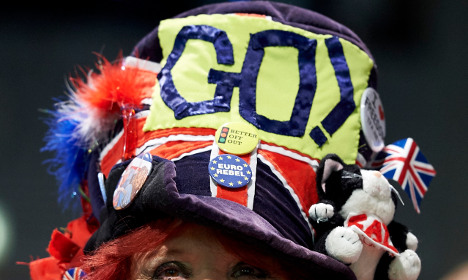 Tens of thousands of British expats living in the EU were left furious and frustrated on Thursday when news came through that they won’t be able to vote in the EU referendum.

Despite being the most affected by the outcome the High Court in London basically thought they were not worth the rigmarole of overturning the rule that bars those who have lived outside the UK for 15 years or longer from voting.

Almost as disappointing as the actual verdict was the response of some Brits who seemed only too happy to see their compatriots barred from voting.

Their views, which were the same as those aired before last year’s UK general election could be summed by the line: “Well, you turned your back on the UK, so you should have no say in its future.”

Because millions of Brits had left the country of their own free will, to pursue jobs or lovers or just to rest their weary legs in a place with guaranteed sun after 35 years earning their crust in the UK, then Britain was of no concern to them anymore.

“You already voted. With your feet,” read one message.

Another one read “Live in France, pay taxes in France, vote in French elections. UK has nothing to do with you.”

Except that it does.

While I firmly believe EU nationals should be able to vote in elections in the country they live rather than were born in, Europe is not quite ready for that yet, nor are many longer term expats who will always feel more tied to Britain than to their adopted country of France, Spain or wherever.

While some tell them to “go native” and get French or Spanish nationality, the reality is that many can't due to language or time restrictions and some simply don't want to out of pure principle.

That’s because many of these expats – or immigrants as we should be called – who live in France, Spain or elsewhere spent most of their working lives in Britain.

Many who moved abroad taught in British schools for their whole lives or in British hospitals, serving the British public. Their children still live in Britain and their pensions are paid by British state.

Some still have property in Britain.

They don’t pay taxes in the UK? Well they did for most of their lives and many continue to pay taxes on their pensions in the UK.

(And if its only about taxes, are these people outraged that all the French, Germans, Poles and other EU nationals paying their dues in the UK are barred from the referendum?)

So you see, they really do have something to do with the UK.

But the main point here is that this is not an election, it’s a referendum one issue, that being Britain’s place in the EU, and so directly impacts on the lives of the British nationals living in the EU.

It’s arguably Britain’s most important referendum in history and far more important than a general election to British expats.

Yet whenever we talk about the vote lockout you get the impression Brits who moved abroad are thought of almost as traitors. We are accused of wanting the best of both worlds: the sun and the sangria in Spain, but also a say in what goes on back home.

But British expats should not be blamed or punished for simply taking advantage of the rules of the EU, that Britain signed up to.

We’d be forgiven for thinking these rules would be permanent, given that moving abroad is no easy feat, but now they are at risk, at the very least we deserve a say in whether things change.

What makes it more galling to those expats who can’t vote is the feeling that their lives could be hugely affected by British voters who have no real idea of or interest in the benefits of the EU.

That may be unfair, but that’s the problem with referendums and David Cameron has to answer for that if things go awry.

And Cameron has more to answer for than that.

In the run up to last election his party promised that if the Conservatives won the election they would scrap the 15-year limit on voting, because they too believe it’s unfair.

His party had over a year to get the change through parliament, but failed to do so. They could even have made an exception by allowing all foreign UK residents to vote by making an exception in the referendum bill, but declined to do so.

The reality is Barack Obama looks like having more of an influence on the Brexit referendum than tens of thousands of British nationals, who will remain locked out of the vote.